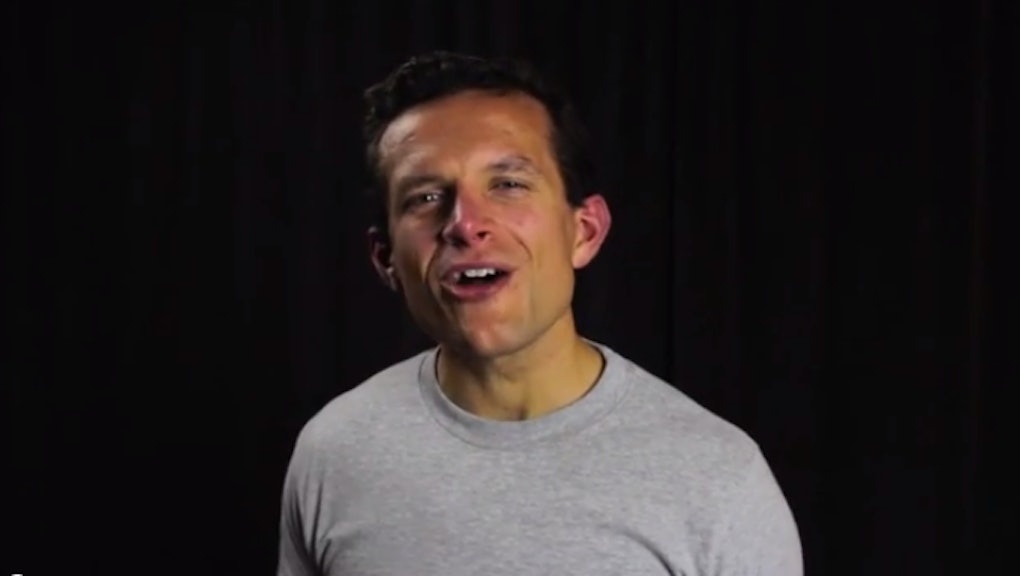 Two days ago, British Columbia-based writer and comedian Andrew Bailey uploaded a video on YouTube showing him performing a monologue he wrote nearly two years ago.

The title and the first part of the video are immediately off-putting:

"My name is Will, and I sincerely think rape is hilarious — when it happens to DUDES."

It gives you pause, doesn't it? Is this video trying to make male rape seem funny? But then at 0:22, the video takes a turn.

"And hey, I myself was violated by my grade 8 social studies teacher."

At times painful to watch, Bailey's monologue makes an intensely powerful point about the stigma that continues to surround sexual assault of men and boys.

While the monologue is fictionalized and presented by a boy called Will, Bailey said that the script is inspired by his own experiences.

"When I was 13, I was groped and sexually harassed everyday at school for about half a year," Bailey told PolicyMic. "And it was expected that I enjoyed it."

Over the years, Bailey told PolicyMic that he developed severe OCD as a result of the sexual harassment he faced when he was young — and one of the few ways he had to cope with it was to brush it off as "funny."

"I see this myth, this joke that 'it's an attractive woman! Guys like being touched!' I remember thinking that when I was 12 but now it angers me that this trope keeps perpetuating," he said.

Bailey said his emotions boiled over in June 2012, after he watched the trailer for Adam Sandler's "That's My Boy," a movie in which a 13-year-old boy has a sexual relationship with his teacher. It was then that Bailey penned the monologue.

"I'm not saying the movie was specifically bad, but I was just really angry at it. In that anger, I wrote the monologue," he said.

Six months ago, Bailey finally recorded the monologue, but he said he sat on it for all that time, "debating whether or not to put it online." Now that he's put it online, in less than two days, the video has received over 100,000 views and plenty of praise for its powerful nature.

While more male survivors of sexual assault have been speaking out about their stories, the stigma against male sexual assault is real, and toxic ideas of male sexuality — for example, the myth that men always want sex — are still heavily entrenched in our society. Hopefully, this film will help dispell some of the ignorance surrounding an issue very much in need of global awareness.