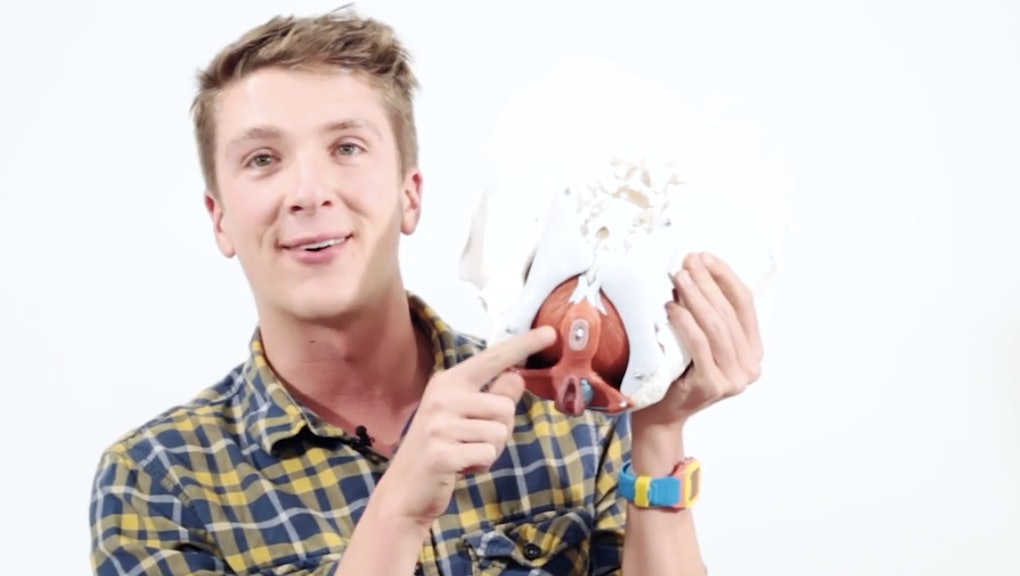 Vaginas are mysterious, elusive and terrifying creatures — somewhere between Smaug and string theory — and we really can't expect people without them to understand them, care about them or know anything about how they work.

That's why everyone is supposed to laugh heartily at BuzzFeed's new video "Men Explain the Vagina," in which a group of dudes make uninformed and often very incorrect guesses about an anatomical model of a female reproductive system. What's really a joke, of course, is that anyone with a vagina would laugh off this display of blithe ignorance — not to mention let any one of these fellas near their business.

An engineer should understand internal combustion before creating a car. A barista should understand the latte machine before serving up those beautiful cups of joe in the morning. And so it just makes sense that consenting adults should be held to a similar standard — and know that pee doesn't come from the anus and that the cervix is, in fact, on the inside.

But hey, we're fun, we can laugh. It appears that at the very least many of these guys' hearts are in the right place. They even say it at the end: "Save the vaginas!" Whatever that means. Because that sort of campaign is always so empowering.

What BuzzFeed has done is inadvertently but effectively put several issues on display in less than two minutes, the largest elephant in the room being the utter failure of sex education in the United States. Sure, many people remember fifth grade and that first, horribly uncomfortable moment when tampons were explained to a room full of peers. It was hilarious and squirmy, but that was 1995. It's high time Americans — men and women — got over their aversion to the female reproductive system.

Really. We should be over abstinence-only education, which generally doesn't work, doesn't lower teen pregnancy rates and doesn't seem to even change when teens start to have sex. We should be over letting people think sex itself is so all-defining that it's a waste of time to know how vaginas work. We should be over teaching the mechanics of body parts instead of encouraging people how to think about having good sex. Research shows that a depressingly high percentage of women fake their orgasms. That couldn't possibly have anything to do with the fact that apparently some men don't know where the clitoris is, could it?

Dudes-who-know-squat-about-vaginas of BuzzFeed, you're officially introduced to Jon Spencer, of Heavy Trash, Pussy Galore and the Jon Spencer Blues Explosion. He has some brief lessons for you too: Don't be afraid to ask questions, and don't be afraid to enthusiastically experiment. With a little education, real-life vaginas are a wonderful thing.