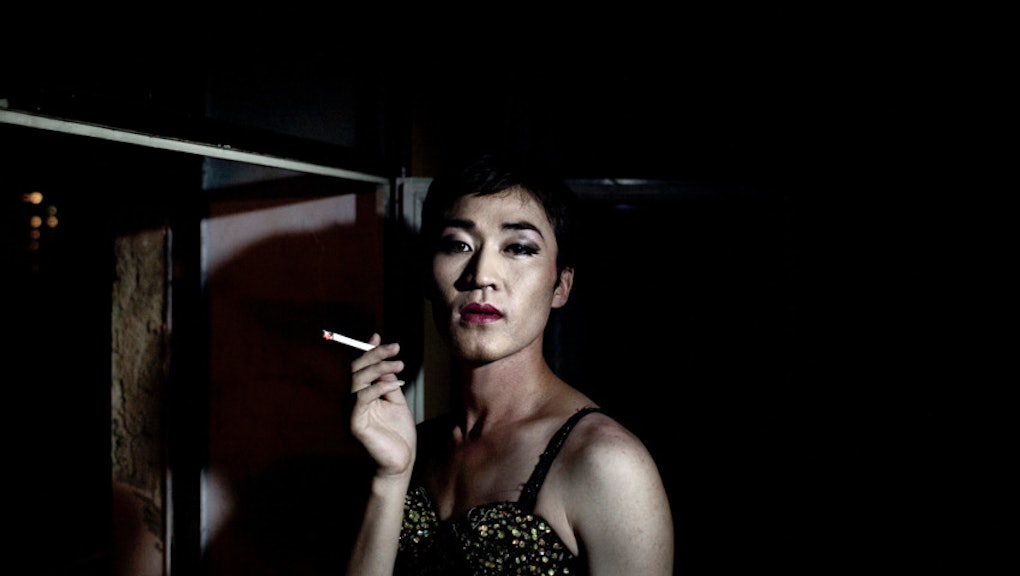 Powerful Portraits Show What Transgender Looks Like Outside of America

Photographer Álvaro Laiz has traveled the Mongolian steppes and deep into the Venezuelan jungle in an attempt to pursue and portray the different ways identity is reflected in cultures around the world. The resulting series Transmongolian and Wonderland focus on how transgender people in Mongolia and Venezuela interact with their respective societies.

"I've always been interested in the concept of identity linked to the idea of considering ourselves a unique character," Laiz told PolicyMic. "But at the same time we are living in a society that tries to uniform us. Transgender people usually live in between two genres without being fully accepted by one or the other."

This idea of living in a space between different worlds was what drove him to Mongolia in 2011 for Transmongolian. "Mongolia is facing sudden changes after opening their borders to Western investment," Laiz noted. "But on the other hand, their nomadic and communist heritage still remains. It is this duplicity in their contemporary time that fascinated me."

During his time in the region, Laiz focused on male-to-female transgender people forced to continually hide who they are. His subjects all have to pretend to be someone they're not in some part of their daily life, only expressing their true selves in safer spaces like "underground parties where they may be accepted by society with certain roles," he said. As a result, they are forced to live their lives "hidden and alternatively overexposed, in some kind of schizophrenic behavior."

In the years since Laiz first traveled to Mongolia, several of his subjects have left the country in search of more freedom. However, there are signs that life for transgender Mongolians may be slowly improving: The country's first LGBT NGO, the Mongolian LGBT Centre, was registered in 2009, and the country celebrated Pride Week for the first time last year.

A world away, the indigenous Warao of Venezuela are also caught between two worlds, the traditional and the modern. For transgender Warao, the infiltration of modern beliefs threatens an identity long accepted as normal.

In Warao society, transgender people have their own name: Tida Wena. According to Laiz, the Warao "just accept transgender people among their society as something absolutely normal. Some of them are especially respected because of their role as shamans, or wisiratu, as they are considered to have two spirits."

This acceptance of and sometimes reverence for transgender people was common for many generations. However, it has started to fade in the last 50 years as acculturation into modern Venezuelan society means conservative Western thought gains more influence.

Laiz has focused his photography on underprivileged and overlooked groups since 2008. He said much of that motivation comes from the idea that simply being born in a certain place at a certain time has a massive influence on the rest of our lives. The photographer plans to show both Transmongolian and Wonderland in Caracas, Venezuela, Barcelona, Spain, and Cortona, Italy, this summer.