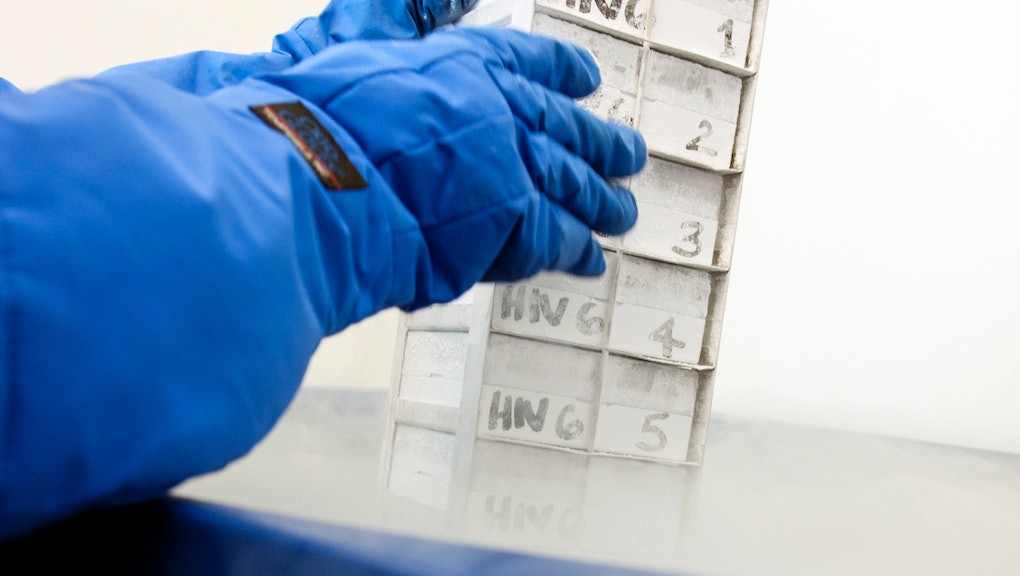 There's Just Been a Major Breakthrough in HIV Prevention

The news: Researchers have just made a breakthrough discovery in HIV prevention, and it all has to do with the vagina.

The vagina contains a symbiotic population of good bacteria that feed on the vaginal skin and in exchange keep out bad bacteria and other contagions. Now, researchers believe that this physical and chemical barrier may be instrumental in keeping out STDs — including HIV.

A team at the University of Texas Medical Branch at Galveston tested the theory by growing vaginal skin cells in a lab. The researchers then collected bacteria from women during gynecological exams. One group of skin cells was colonized with the healthy bacteria, while the other was not, and both groups were then given the same doses of HIV and antiviral drugs.

What does this mean? While the study sheds light on the female body's natural defense system, further research is needed to determine which specific strains of bacteria are most effective at keeping out STDs.

While this bacteria-method may not be a fool-proof prevention for HIV, it could be developed to significantly lower that risk. And the vaginal skin cell model can be used to test which concentrations of bacteria are the best at keeping out HIV and other contagions.

"This model is unique as it faithfully recreates the vaginal environment ex vivo, both in terms of the host cellular physiology and the associated complex vaginal microbiomes that could not previously be cultured," said Dr. Marc Baum, one of the study's co-author. "I believe it will be of immense value in the study of sexually transmitted infections."

More than one million Americas currently live with HIV infection, and every nine-and-a-half minutes, someone in the U.S. is infected with HIV. Breakthroughs like this could be crucial in combating this terribly vicious disease.