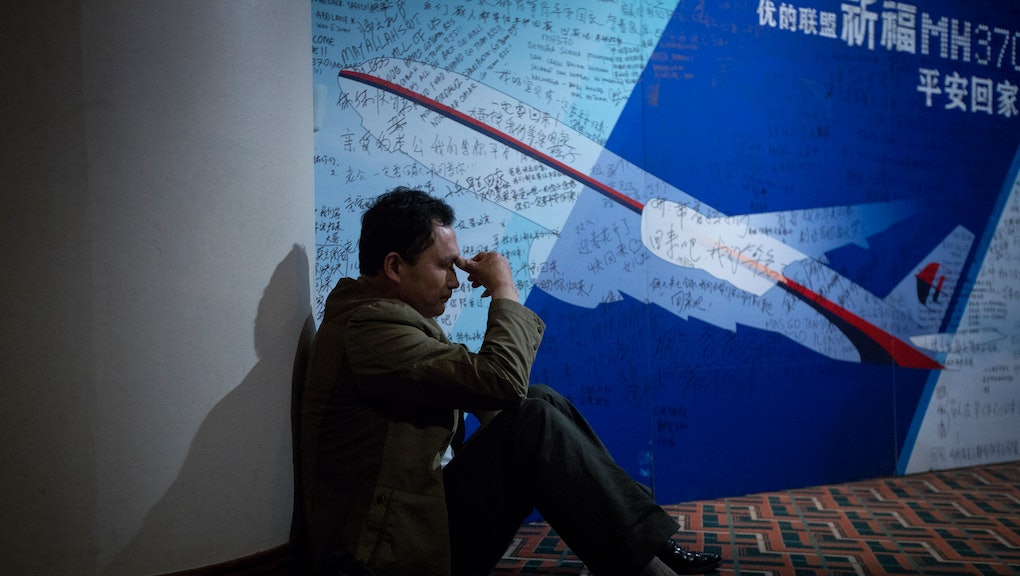 We don't know a lot about Malaysia Airlines Flight 370, but after three weeks of searching, we do know one thing: the Malaysian government is completely incompetent.

This Saturday, a Malaysian official met with relatives of the 239 people lost on MH370 and told them that there was a remote possibility survivors of the accident remained.

"Even hoping against hope, no matter how remote, of course, we are praying and we will continue our search for the possible survivors," said Malaysia's acting transportation minister, Hishammuddin Hussein.

"More than that, I told the families I cannot give them false hope. The best we can do is pray and that we must be sensitive to them that, as long as there is even a remote chance of a survivor, we will pray and do whatever it takes."

Changing their tune? That's a direct contradiction to an official statement released last week, accompanied by text messages sent to relatives and loved ones of the plane's passengers and crew that said: "All lives are lost."

And what's more, Malaysian officials claimed there was secret evidence on MH370's fate that the government could not reveal to the public, including an air traffic control radio transcript, radar data and airport security recordings. During that meeting, which UK advisors declined to attend, angry loved ones argued with the Malaysian officials over their slow release of information and inconsistent statements about the incident — with members of the government at one point even refusing to comment on their decision to announce the plane had gone down in the southern Indian Ocean. On March 28 during a separate briefing, hundreds of Chinese relatives staged a walk out in protest.

Jeez. Not satisfied with bungling the search for the missing flight, it seems like Malaysian officials are deeply committed to mixing the message they're sending to everyone else as well. They won't even release the cargo manifest, which might contain information useful for search groups. Former National Transportation Safety Board chairman Jim Hall says that "Regrettably, the Malaysian government is incompetent to handle this investigation."

"The contradictory and piecemeal information Malaysia Airlines and its government have provided has made search efforts difficult and the entire incident even more mysterious," slammed a China Daily editorial.

"What else is known that has not been shared with the world?"

According to CNN, days after Malaysian officials announced the flight crashed in the southern Indian Ocean, investigators concluded that the plane was traveling faster than previously thought and that its fuel reserves would have limited the plane's final range to an area 1,100 kilometers northeast. But nothing of significance has been found. By March 15, the search area has reached nearly 3 million square miles. You do the math.