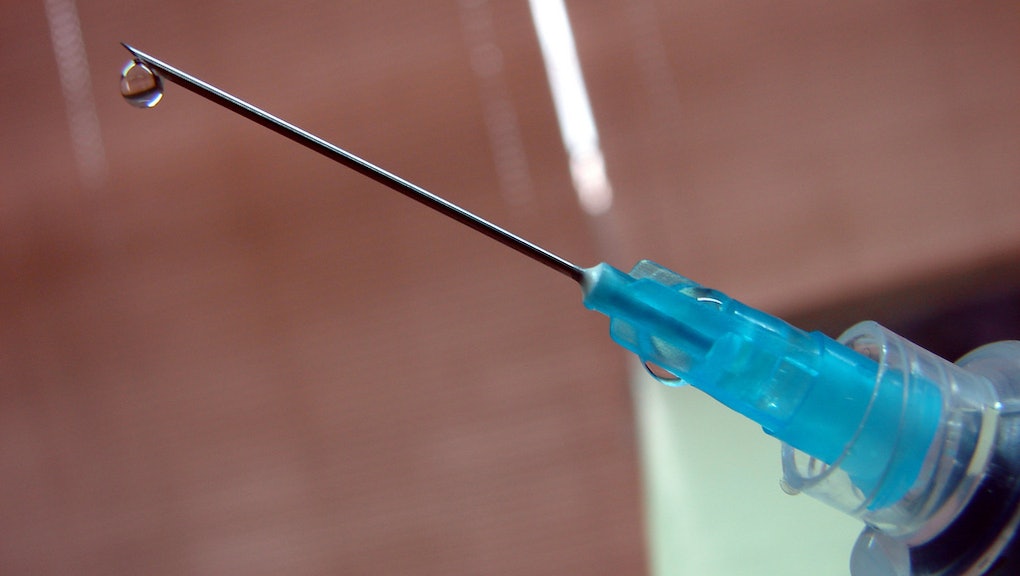 Scientists May Have Just Figured Out How to Vaccinate Cancer

While the HPV vaccine has been be effective in preventing cervical cancer, it's been much more difficult to develop immunological therapies for other types of cancer. There have been some promising developments in breast cancer and prostate cancer vaccines, but these only target cancer-specific proteins and therefore don't have broad applications for others.

But according to a new study published last month in the journal Nature, an all-purpose cancer vaccine might be closer than you think. A group of researchers at the Austrian Academy of Sciences have been trying to teach the immune system to identify and attack cancer cells, allowing the human body to use its natural defenses against the spread of disease.

How it works: Until now, the side effects of cancer vaccines have made them too dangerous to consider using. While the immune system's natural killer cells can be induced to attack cancer and inhibit its growth, they also have the tendency to attack healthy cells and seriously compromise a person's health. But the Austrian researchers were convinced that they could activate the immune system without forcing it to attack itself, and it's looking like they were right.

Through several mice trials, the team discovered that a certain group of cancer-bearing mice had longer life spans than other groups. These mice's natural killers cells were also much more effective at targeting cancer cells and limiting cancer growth to certain areas — all without life-threatening side effects. The difference? They lacked an enzyme called E3 ubiquitin ligase Cbl-b.

The enzyme normally acts as an inhibitor for the immune system, preventing many natural killer cells from becoming activated. But by targeting this enzyme, the researchers were able to spur anti-metastatic activity in the immune system — meaning "it might be possible to develop a 'pill' that awakens the innate immune system to kill cancer metastases."

What does this mean? The research is still very much in early stages. Though it's been effective in mice trials, it will be many years before it will be tested on, let alone prescribed to, humans. Still, considering cancer remains the second most common cause of death in the U.S., the research's findings are exciting — and hopefully something that even the anti-vaccine movement can accept.