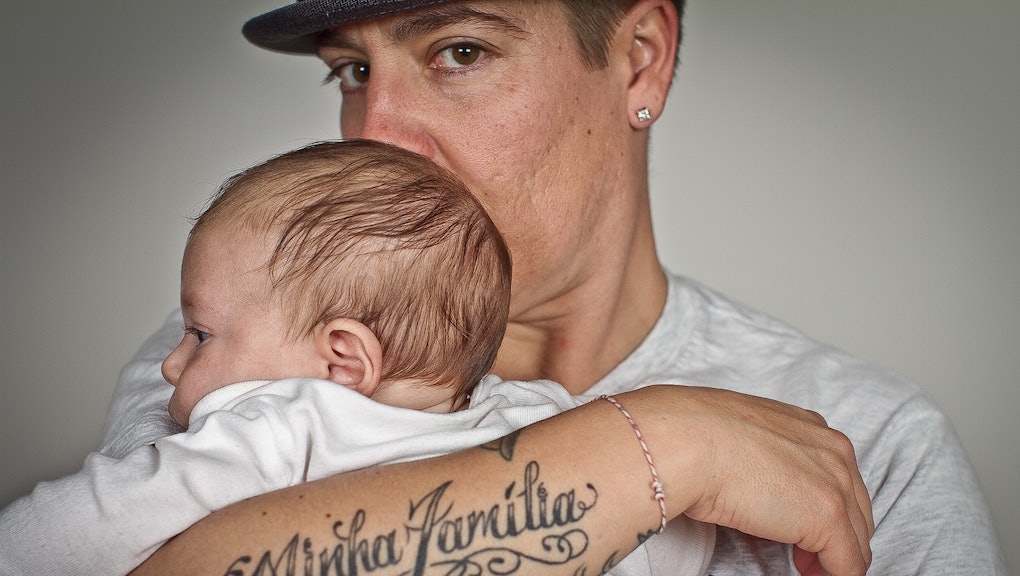 9 Portraits of Butch Women Proving "Masculinity is a Trait, Not a Gender "

In an effort to both allocate space for and document the existence of masculine women, photographer Meg Allen created a powerful series of portraits for an exhibit at Cafe Gabriela in Oakland, Calif.

Entitled BUTCH, Allen's series not only represents genderqueer women for a broader, heteronormative audience, but reaffirms butch identity within the queer community at a time when "butch flight," or gender transitioning, is arguably becoming more and more commonplace. It is, as Allen says on her website, "an homage to the bull-daggers and female husbands before me, and to the young studs, gender queers and bois who continue to bloom into the present."

Pioneering queer theorist and historian Gayle Rubin asserted in her 1992 essay "Of Calamites and Kings: Reflections on Butch, Gender, and Boundaries" that butch identity, the interplay "of masculine traits with a female anatomy," varies depending upon the individual embodying that identity and each individual’s socio-economic, racial and ethnic reality "to adopt and transmute the many available codes of masculinity."

Even the New Statesman asked, "Do we need a better word for 'butch'?" proposing that "masculine-of-center" be used in lieu of the maligned, culturally "irrelevant" term. But do we really need to flee from the "butch label"? Through her photographs, Allen has attempted to get the heart of "what a [lesbian looks] like now."

A self-described "butchish hapa queer chick," Allen took her inspiration from acclaimed queer artists like Catherine Opie and Del LaGrace Volcano. Her objective is to expand the series for publication when she reaches 117 portraits — the same number of portraits in Annie Leibovitz's Women. Allen's photography project finds a compliment, too, in the recently published Butch photo book by Kanithea Powell.

Despite a growing acceptance of the butch, or at the very least androgynous look, people still have problems when gender binary is visibly challenged, Allen told PolicyMic, especially "the seemingly inextricable link of masculine to male."

"Masculinity is a trait, not a gender," Allen told PolicyMic, referencing a particularly striking portrait featuring a pregnant couple. "I think viewers are really drawn to the pregnancy picture because of that illustration."

But ultimately, Allen said, her project is about the amazing diversity of this community.

"For all my portraits, I really wanted to show the vast variety of butch women and how different they are all from one another," Allen told PolicyMic. "The thread is the innate female masculinity, but just like anything, butch has its spectrum.