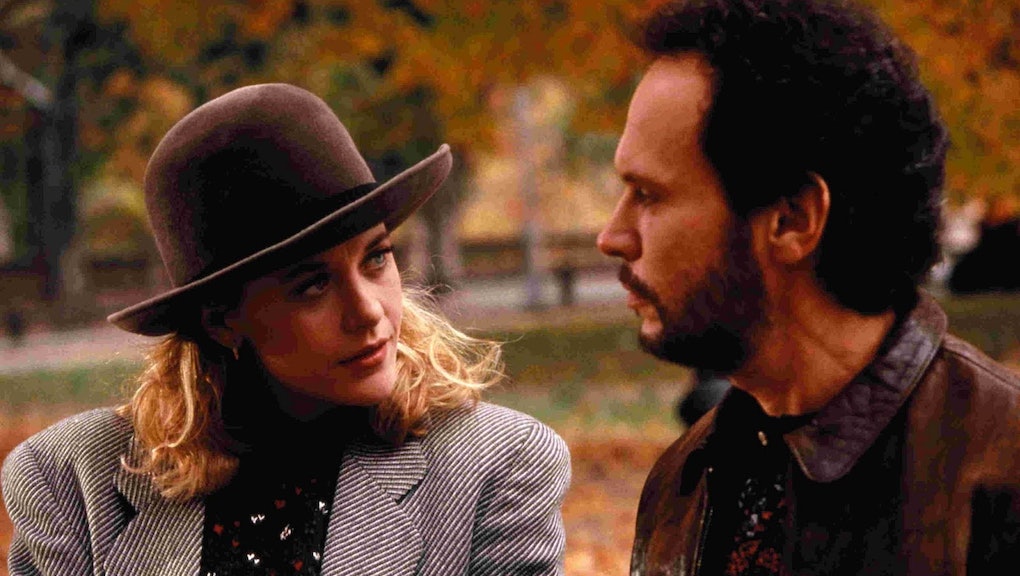 The Perfect Rom-Com for Every Year of Your 20s

Ah, the romantic comedy: that special breed of film that fills us with hope and a lifetime of unrealistic expectations. Despite the genre's penchant for pretty caucasian heterosexual protagonists, there are love lessons here that hit the heart no matter your race or sexual orientation.

Hookers can find true love — with dapper yet kind billionaires! The prime minister of England can and should be as cute as Hugh Grant! You will have a sibling with a lot of pizazz, but your true love will see past their sparkle right to your soul! Rom-coms have a special kind of power that turns the most self-effacing person into drivel at the mere sight of Sixteen Candles-era Jake Ryan. (It's probably the same power that compels us to immediately Google, "What does Jake Ryan look like today?")

In addition to annoyingly winning our hearts, these films can also teach us a lot about ourselves — especially during those emotionally formative, romantically rocky 20s. Gay, straight, trans, questioning: somehow we can all find our truth in Katherine Heigl's tears. We've compiled our choices for the perfect rom-com to watch in every year of your 20s. Consider it a Netflix education of the heart. We recommend plenty of Kleenex before enrolling in this class.

Underage drinking, torrid May/December love affairs, Cat Stevens, learning to play the banjo — the random and lightning fast first year of your 20s is a lot like the black romantic comedy Harold and Maude.

About a young man, Harold, who befriends and eventually falls for a 79-year-old woman, Maude, the film has odd and unintentional parallels to romance in those early years of college. Strange meetings, even stranger revelations and hopefully, by the end of it, a few moments of clarity that will help make adult life a little less horrifying.

You might be able to drink, but your romantic relationships still exist somewhere between fantasy and reality. Love plays out so nicely in your head — a whimsical world where happiness exists for everyone and beauty is everywhere. But like the eponymous protagonist of Jean-Pierre Jeunet's colorful French fairy tale learns, opening yourself up to the reality of love is far scarier than anything you could have imagined.

For many, 22 marks the end of college and you're finally ready to become the world's next great DJ — or whatever. But in the three to nine months it takes to find a job you consume more substances and have more sex (or maybe just think about it) than you could have ever dreamed of. Just like Bella in Pitch Perfect, your new grown-up social life is distracting and competitive. You lose track of what's important to you — what was that anyway? — and wonder how you got so off track from your post-college plan.

The real world is hard! And the money you "borrowed" from your parents (or borrowed, no quotes, from the bank) just doesn't seem to cut it. If you're on the same path as many 20-somethings, you'll move to a city and quickly make new friends. And, just like Toni Collette's awkward Muriel, you might even land the partner of your dreams. The catch? Now that your dreams have come true, you're not totally sure that this is what you want.

After a few years of messy relationships and pseudo-relationships, it's time for that selective memory to kick in. Sure, your past relationships ended in heartbreak, but none of that was your fault, right? This scene from (500) Days of Summer where we realize Tom has been lying to us about his last girlfriend, hits the 24-year-old nail on the head. If only we could all look at a split screen of the expectation versus reality in our dating history.

You've finally managed to get a job that works. It might not be what you pictured yourself doing at 25, but damn if you aren't happy to be making enough money to (almost) pay rent. You say you have no time to date, but you're really using your work as a way to avoid dating.

At 25, though, love has a funny way of creeping into your life and very often it creeps in at the workplace. Okay, your secret office romance might not be as funny as Sandra Bullock dancing with Betty White's fertile loins, but it'll be a good story to, um, tell the grand kids?

The second half of your 20s are here and you're more confused than ever. Naturally, that leads to a bit of desperation. You might, let's say, attempt to steal an ex back right before his wedding, Julia Roberts-style. In all likelihood though you'll just get brunch drunk on champagne, look up that kid you went on two dates with last summer on Facebook, and then send him a text that will look embarrassingly desperate once you sober up.

At some point in your late 20s you'll realize you keep making the same mistakes over and over again. (Why do I keep going for bad boys?) Even if you could delete those mistakes from your memory, like Clementine and Joel, you'd wind up making them again anyway. Better to own up to them — they might be the key to uncovering your happiness.

You know that old saying: the more things change, the more they stay the same. It applies to your love life, too. After almost a decade of sex, booze, love and heartbreak, you'll realize you're back where you started. And with marriage on the horizon (average U.S. marriage age is around 27-28; this is not us pressuring you) you'll start to get nostalgic, and before you know it, you're marrying some guy you overlooked in high school because he has more in common with you than any of those sexy marketing VPs at happy hour.

Congrats!. You've reached the end of the decade. You may have found love (don't rub it in our faces!), you may be happily single, you may be desperately looking. So, what's next? Well, you have two options: You can give up, like Bill Murray does at first in Groundhog Day, or you can learn to appreciate this crazy ride called life. We suggest the latter. It makes entering your 30s a whole lot easier.