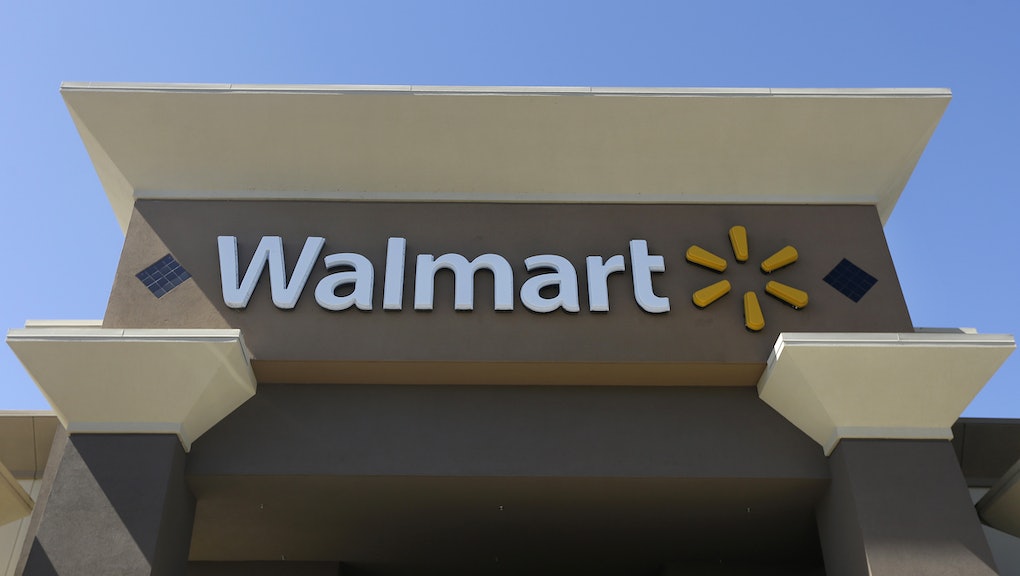 Which Ivy League Schools Have Higher Acceptance Rates Than Walmart?

Harvard's acceptance rate this year is approximately 5.9% ("impressively exclusive, says Ingraham). The Ivy League at a whole stands around 8.9%. But when Walmart came to D.C. in late 2013, it received over 23,000 applications for 600 jobs, meaning a hiring rate of just 2.6% — "twice as selective as Harvard's and over five times as choosy as Cornell."

Most of these jobs are presumably retail associate positions, where wages start around $8 an hour. On average, a "solid performer" who starts as a cart pusher can expect to make about $10.60 after six years of service. And D.C. is horribly expensive for working families, where a family with two earners making the current minimum wage of $8.25 (scheduled to rise to $11.50 in 2016) can expect to make just 40% of the Economic Policy Institute's estimate of what a two-child family needs to earn to be "economically secure."

In other words, these aren't particularly great jobs — but they're jobs, and certain classes of worker really need them right now. While D.C. has a pretty good employment market for the well-educated or affluent (the unemployment rate in August was 5.4%, well below the national average), other groups aren't doing very well. As The Daily Beast's Daniel Gross notes, the national economy is best interpreted as several labor pools rather than one job market. College grads in general are much better off than they have been in previous years, averaging 3.8% unemployment nationally. But those with just a high school diploma average 7.3% unemployment, and those who haven't graduated from any educational institution are at 10.9%. African Americans suffer the most, at 13.2%, while whites average 6.2%. And all of these statistics are significantly higher if you count the under-employed and those who have stopped looking for work entirely.

However bad the job market seems for recent college grads, the competition for jobs is much more intense for those who fall lower on the socioeconomic ladder. And with wages pretty much stagnant, employers have the upper hand.

The Economic Policy Institute's Lawrence Mishel says that "Workers' wages aren't growing because employers have the upper hand. Unemployment is high, unions and bargaining power have been weakened, and the value of the minimum wage has declined dramatically."

In this climate, even stocking shelves for Walmart might be the only opportunity a lot of people have to get themselves working again.