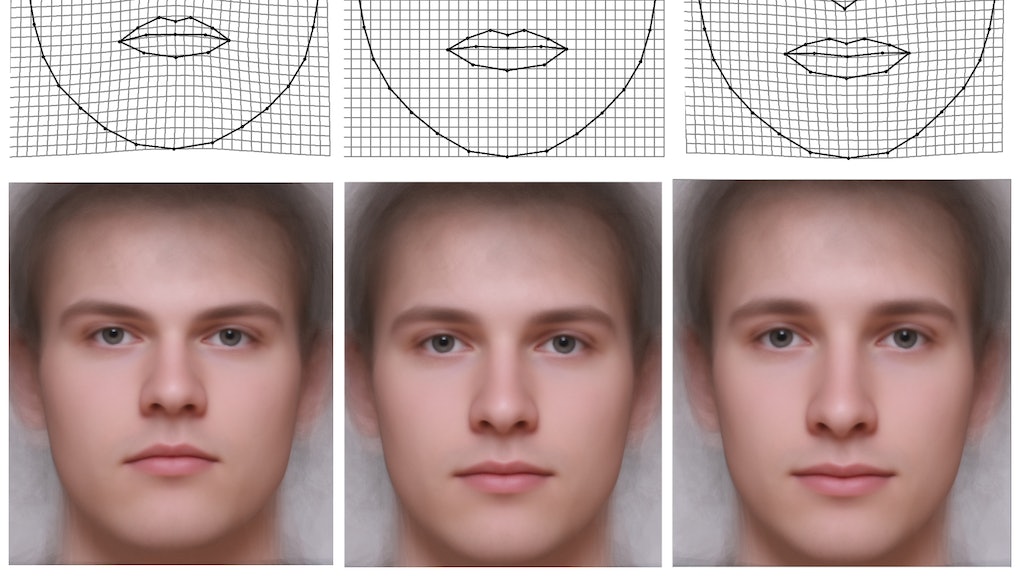 According to new research published in the journal PLoS One, a man's facial characteristics contain clues about his IQ that can be picked up by observers — but the same doesn't apply to women. But just what it is about the male face that correlates with IQ remains a big unknown.

Prague's Charles University researcher Karel Kleisner and colleagues write that "our raters were able to estimate intelligence with an accuracy higher then chance from static facial photographs of men but not from photos of women. At the same time, we found no differences in the abilities of men and women to assess intelligence from static facial photos: the ratings of both sexes were highly correlated."

The study: The researchers gathered 80 test subjects, who completed an IQ test and were photographed with a neutral expression without cosmetics or jewelry. One-hundred sixty students then rated the 80 photographs in a randomized order, subjectively judging both the test subjects' intelligence and attractiveness. The result? The students perceived the test subjects they thought were hotter as more intelligent, while also correctly determining the intelligence of men at a much higher rate than they did for women.

What's going on here? The reason that the students couldn't guess the intelligence of women might be "due to some genetic and developmental association to sex-steroid hormonal agents during puberty." Or it could be good-old-fashioned sexism. The authors write:

Women are pervasively judged according to their attractiveness. The strong halo effect of attractiveness may thus prevent an accurate assessment of the intelligence of women.

What is that X factor? The researchers determined the answer must be "visual cues that simply are not explicable from shape variability in men's faces." They speculate it could be "particular configurations of eyes or gaze, color of eyes, hair and skin, or skin texture." But as of yet, they just don't know.

Could you tell the man's IQ from the picture above?