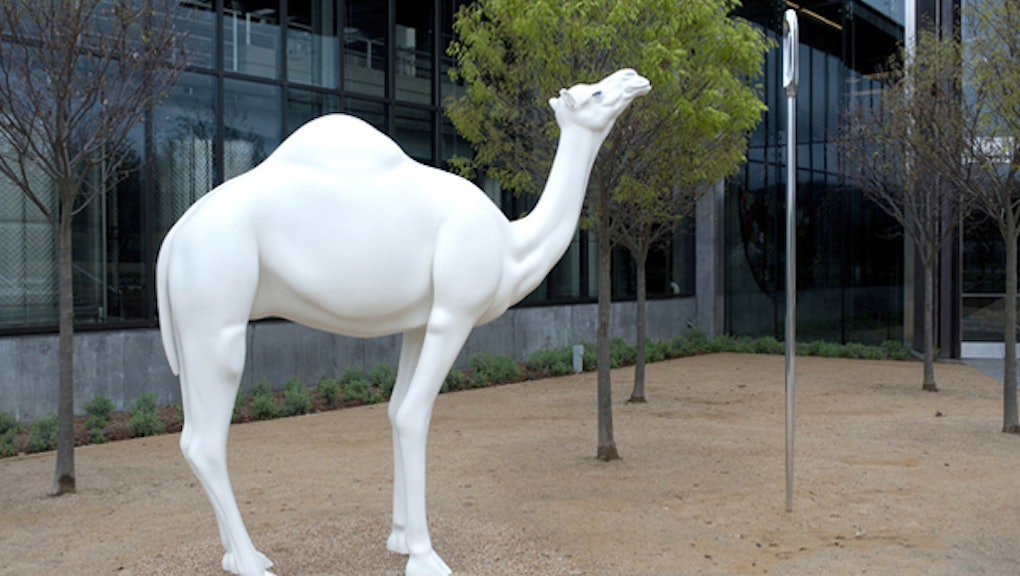 American taxpayers are footing the bill for a rather interesting purchase in Pakistan.

BuzzFeed revealed on Monday that $400,000 of U.S. taxpayer money is going to be used to purchase a camel sculpture for the new American Embassy in Islamabad.

The fiberglass sculpture is called "Camel Contemplating Needle," and it shows a white camel staring at the eye of a needle with confusion.

It's the work of California-based artist John Baldessari, and the sculpture will be identical to an already existing one displayed in front of Hall Wines, a winery in Napa, Calif.

Department of State spokeswoman Christine Foushee said in a statement that the hefty purchase only accounts for 0.5% of the new construction project's budget.

According to the document justifying the purchase, art work for the new embassy was selected to "reflect the values of a predominantly Islamist country."

It's a nice gesture, but it also rings hollow when considering the average annual income in the country, which is $1,250, as BuzzFeed points out.

Perhaps, rather than a sculpture, the U.S. could go with a more cost effective way to build bridges with Pakistan. Maybe rethinking our drone program (which heavily impacts Pakistan), and you know, following international law for a change might be a start?

Might be a better display than a fiberglass camel.