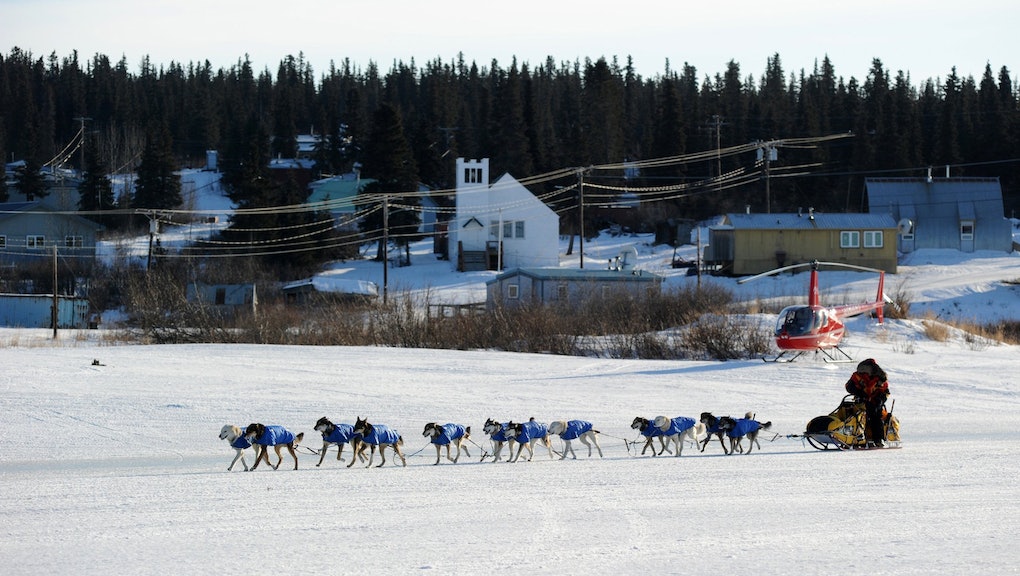 Russians Have Started a Petition to Get Alaska Back

Well, maybe Sarah Palin was right when she said, "you can actually see Russia, from land, here in Alaska."

Though the naked eye can't actually see Russia from across the Bering Strait, that wouldn't stop Vladimir Putin from coveting the resource-laden Alaska. Russia recovered Crimea after all, so why wouldn't Alaska, another former Russian territory, be next?

At least that was the idea when a Russian organization jokingly asked to bring "Alaska back to Russia" on the White House petition site. The tongue-in-cheek petition, intentionally written in bad English, already has 37,457 signatures and needs 62,543 more to get a response from the White House.

A pro-Kremlin platform called Government Communication G2C has claimed responsibility for the idea, which is more intended to mock the petition site than genuinely laying claims on Alaska.

"The objective of the petition is not to bring Alaska back to Russia," organizer Alexander Zhukov told the Moscow Times. "We understand that this is not plausible. Our goal is to show the White House that its petition system is a flawed democratic tool that allows anybody to ask for anything."

"We are trying to protect the citizens of the U.S. by drawing attention to a tool that is said to be democratic but could be used by terrorists or other people with evil objectives," Zhukov said, adding that the petition is written in poor grammar to show that "any fool" can use the site.

The background: While that may sound innocuous enough, the petition does highlight the deepening rift between Russia and America. Since the U.S. announced sanctions to punish the Russian incursion in Crimea, the Russian public has been voicing its displeasure by making faux claims to Alaska. The image above went viral in Russian media, with penguins photoshopped to hold signs that read "Crimea is ours," "Alaska is Next" and "Only Putin." (Never mind the fact that penguins don't exist in Alaska.)

Even the Russian ambassador to the EU jumped into the fray, appearing on BBC to dispel any thoughts of Russian expansionist interests. "Should I tell Sen. McCain to watch over Alaska? ... It used to be Russian," said Vladimir Chizhov. "I'm joking, of course."

Russian explorer Vitus Bering first discovered Alaska in 1725, but the empire lost interest in it a century later. Tsar Alexander II eventually sold it to the U.S. for $7.2 million in 1867 — which later turned out to be a bargain deal when the discovery of gold in Yukon in 1896 led to the Klondike Gold Rush.

And keep in mind that the two country's aren't that far from each other: Russia's Big Diomede Island and Alaska's Little Diomede Island are only 4 kilometers (2.5 miles) apart across the Bering Strait. The boundary between the two islands was known as the "Ice Curtain" during the Cold War. Let's hope it stays that way.