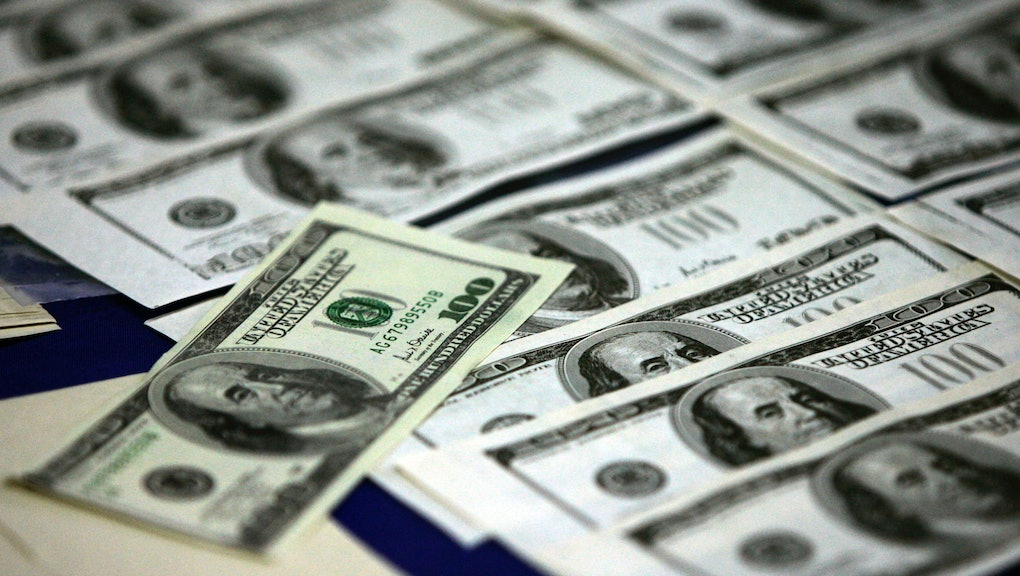 What just happened? The Supreme Court on Wednesday announced their decision in McCutcheon v. Federal Election Commission, a case that challenged the amount of money that could be given to political candidates.

The Supreme Court ruled in favor of McCutcheon — a wealthy Alabama Republican activist — who had argued against restrictions on the amount of money he could contribute in an election.

In McCutcheon, an ideologically divided 5-4 Court struck down aggregate contribution limits that had been in place since the wake of the Watergate era. This is the most important campaign finance decision since 2010's controversial Citizens United. As in that case, the Court in McCutcheon held that the contribution limits unconstitutionally infringed on First Amendment rights and do not act towards preventing corruption, as the government argued.

This means individuals will now be able to give the maximum individual contribution amount permitted by law to candidates for Congress, president and national party committees without exceeding the aggregate amount that had been codified by Congress since the mid 1970s.

"The existing aggregate limits may in fact encourage the movement of money away from entities subject to disclosure. Because individuals' direct contributions are limited, would-be donors may turn to other avenues for political speech."

But wait. You're reading this and saying: "I will never contribute that much money to an election." Most people don't have this type of spending money, which is why the implications of this case are so important. Opponents of this decision will essentially argue that we've gifted the outcome of elections to the wealthy, those who can afford to drop loads of cash to ensure that a specific candidate or ideology or platform wins.

The influence of money in politics has always been an issue, now the Supreme Court has effectively opened the flood gates on how much money can be spent on a candidate to help that person win.

"The result, as I said at the outset, is a decision that substitutes judges' understandings of how the political process works for the understanding of Congress; that fails to recognize the difference between influence resting upon public opinion and influence bought by money alone; that overturns key precedent; that creates huge loopholes in the law; and that undermines, perhaps devastates, what remains of campaign finance reform."

The Twitter reaction summed up the mood on social media:

The background: The case was brought by Shaun McCutcheon, a wealthy Alabama Republican activist who wished to contribute $1,776 (get it?) a piece to 27 federal candidates. The total of this amount would have exceeded aggregate amounts permitted. McCutcheon claimed that he would exceed the aggregate limits if he was able to and that the aggregate amounts were unconstitutional as they violated his First Amendment rights. The Republican National Committee joined his case as a co-plaintiff and at oral arguments before the Supreme Court counsel representing Senate Minority Leader Mitch McConnell split the time with McCutcheon and urged the court to strike the aggregate limit.

BIG money: Before today's ruling federal law allowed individuals to give a total of $48,600 to candidates and $74,600 to PACs and parties, with an overall cap of $123,200 per cycle. Individual contribution limits are set at $2,600 per candidate, per election cycle. With aggregate limits in place an individual could give the maximum contribution limit of $2,600 to 18 candidates. It should be noted that there is nothing in federal campaign finance law that prohibits an individual from donating to every candidate in the country as long as they did not exceed the aggregate amount permitted by law. In 2012 this would have meant donating $100 to a candidate in every federal race in the country.

Now an individual can give that amount to every candidate for every race in every district in the country without violating campaign finance law. Because this is the case, after today's ruling the overall cap that an individual can contribute has shifted from $123,000 per election to upwards of $3.5 million — the figure that would be reached by contributing the maximum amount to every candidate in every race across the nation.

Through the use of joint fund-raising committees an individual contributor can give this amount to a single candidate for the "purpose" of doling this money out to candidates across the nation. The government argued that this raises serious concerns about corruption within our government, as a $3.5 million contribution by an single donor would certainly lend itself to a corrupting scenario of an elected official feeling indebted to the contributor. By the way, if individual contributors could contribute the amount of $3.5 million in 2012's presidential election (the most expensive election in U.S. history), roughly 350 contributors could have bankrolled the entire election for either party. Not only does this trivialize the concerns and contributions of every other American not able to contribute that amount, but it would also create the very real risk that the government can be run by a select few. It was with these points in mind that the government argued the aggregate limits needed to remain in place.

The decision will likely lead to a rechanneling of contributions from super PACs directly to the candidates and parties themselves — a result that even Citizens United avoided, and a result that will add to the already immense ability of the nation's wealthiest donors to influence federal elections.