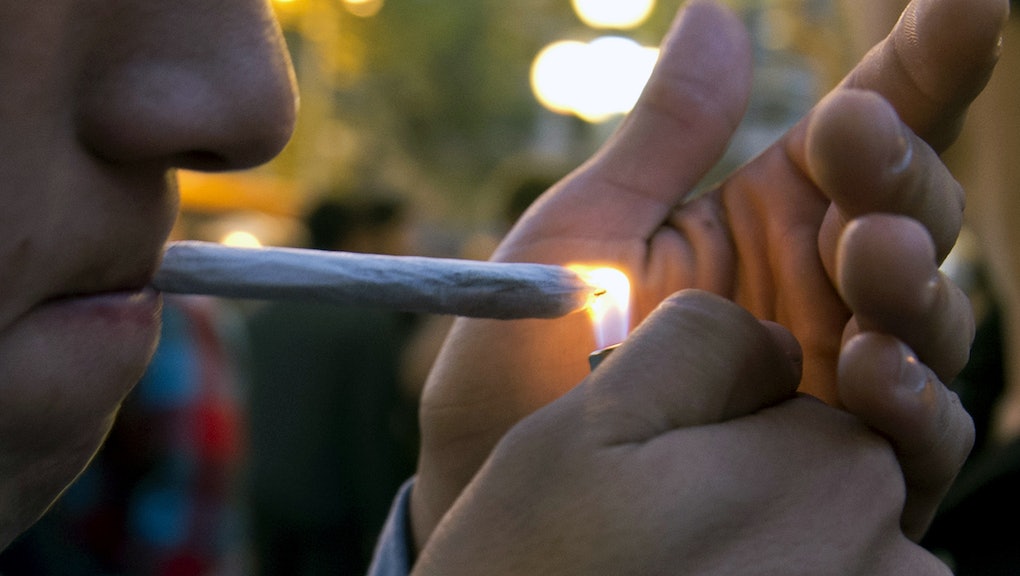 Here's What 1,544 Doctors Had to Say About Medical Marijuana

The news: More than half of doctors in the U.S. think that medical marijuana should be legalized on a federal level, and two-thirds think it should be an available medical option for patients, according to a new survey conducted by Medscape.

The medical site surveyed more than 1,544 doctors from more than 12 specialties in 48 states. Already, 21 states as well as Washington, D.C. allow some form of medical marijuana use, while another 10 states are considering legislation to do the same.

Current federal law classifies marijuana as a Schedule I substance, which is the most dangerous classification for drugs with "no accepted medicinal use and a high potential for abuse." While Medscape's findings suggest that at least two-thirds of doctors disagree with the DEA's stance on marijuana, the rates varying among various specialties. For example, 82% of both oncologists (cancer treatment specialists) and hematologists (blood specialists) say weed provides real medical benefits to patients and support access to medical marijuana. Rheumatologists, who provide specialist services to patients with arthritis and other rheumatic diseases, had the smallest percentage in favor of medical marijuana use, but still managed a 54% majority.

69% say it can help with certain treatments and conditions.

However, majorities of both doctors and those polled by WebMD did not support legalizing marijuana for recreational use.

Another study published in the New England Journal of Medicine found that even higher percentages of its readership — about 76% — would prescribe marijuana to a patient experiencing severely painful symptoms from advanced breast cancer.

For more background on the marijuana laws of each state, check out PolicyMic's interactive map.