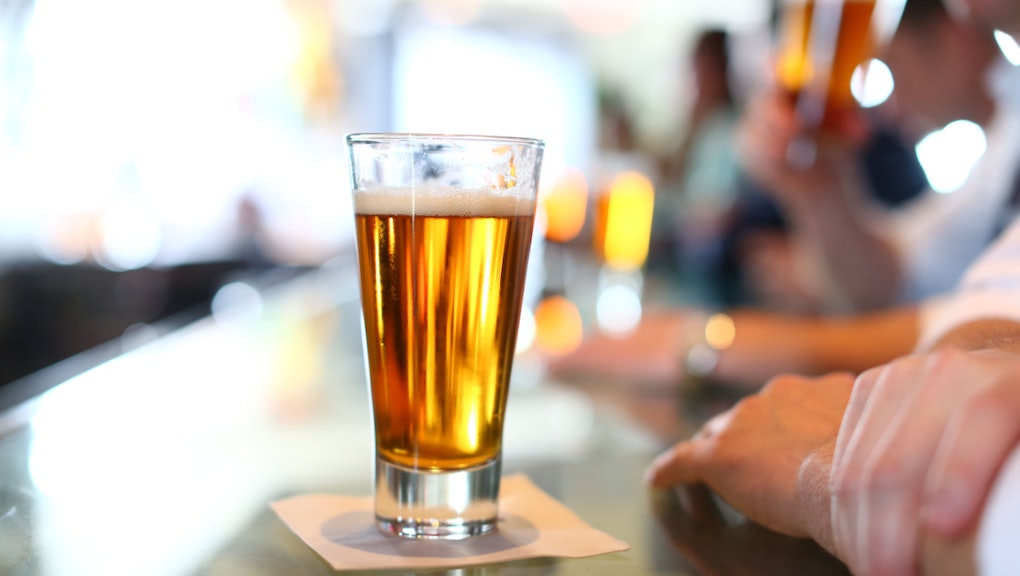 Your Favorite Beer Doesn't Even Exist Yet

When most people think GMO crops, they think of Monsanto, corn and genetic tinkering with industrial-scale agriculture. But what if an entire, familiar industry — like beer — could undergo a revolution by rewriting an entire organism — like yeast — from scratch?

That's what a team of geneticists at Johns Hopkins University is doing and if they're successful, the ramifications could be felt far beyond your next ill-advised 3 a.m. pint. As Popular Mechanics reports, the Yeast 2.0 project has designed and written an 11-million-letter DNA code which is being snipped out and snapped into cultures of regular yeast. And recently, they blew past their first development milestone by completing an entire chromosome — the third in yeast's 16-chromosome structure. And as Popular Mechanics reports, they're doing more than rewriting. They're optimizing and downsizing the length of the genetic code that the yeast relies upon to fulfill its genetic destiny, essentially turning the blueprint of life into something more like computer code. Ultimately, it's 10-15% shorter.

This could be big: "This could be absolutely groundbreaking," Sierra Nevada Brewing Company researcher (yes, beer researchers exist!) Chris Baugh told Popular Mechanics. "I'm personally more excited about these [synthetic] yeasts than any other scientific advancement I see coming into the brewing industry."

Beer is pretty simple to make, and when you get down to it, there's only four ingredients in a standard brew: barley, hops, water and yeast. In fact, in 1487 a Bavarian Duke passed the Reinheitsgebot or "German/Bavarian Purity Law," which stated that beer could only be made with three ingredients — barely, water and hops — but this was before anyone understood the existence and science of yeast.

As Baugh explained, except in beers like IPAs where the flavor of hops is all-overpowering, the yeast used is responsible for "at least half that flavor," and brewers are currently hamstrung in their innovation attempts by inadequacies in what regular yeast can do. For example, certain varieties of yeast can produce amazing flavor, but don't produce enough alcohol in the final product ... and as many craft beer aficionado will argue, the best brews are often expected to pack a higher punch.

"But if you could tailor-make your yeasts, with the understanding of what genes code for the different flavor molecules, well, that opens the doors to the mass production of beer with totally untasted characteristics," says Baugh.

But what does this really mean when you're choosing your next six pack? Well, with the right yeast, brewers can coax all sorts of flavors out of beer. If brewers are able to use a very specific yeast, they could achieve a very specific flavor and potentially make beers to fit anyone's tastebuds. No long will you be able to say you don't like beer ... you just still haven't found the right one for you. Simply put: more yeasts = more flavors.

Of course, in an industry steeped in so much history and tradition, others are still satisfied with the brewing opportunities afforded by the current genetic make-ups found in various strains of yeast.

"From a scientific perspective, I find this really exciting," Justin Crider, a Certified Cicerone and Educator at Brooklyn Brew Shop told PolicyMic. "The industrial applications are almost endless. However, from a brewing perspective, I'm pretty happy with what nature has provided us to utilize. Sometimes the perceived flaws in nature are what make things more interesting."

The business: With the craft beer industry exploding (growing by 12% in 2011 alone), taking advantage of new brewing techniques and uncommon ingredients will be key for new and old players to seize a part of the growing market. Five of the top 10 fastest growing brands (Oskar Blues, Lagunitas, New Belgium, Sierra Nevada and Gambrinus) from 2010-2011 were craft brewers. Oskar Blues and Lagunitas saw 46% growth in the number of cases shipped alone.

How big is this market? The Brewers Association reports that total craft sales reached $14.3 billion in 2013, up 20% from 2012. That's up from 10% to 14% of the total beer market in the United States. Basically, there's a craft beer Renaissance happening right now. Soon, GMO products could be a key part of it.