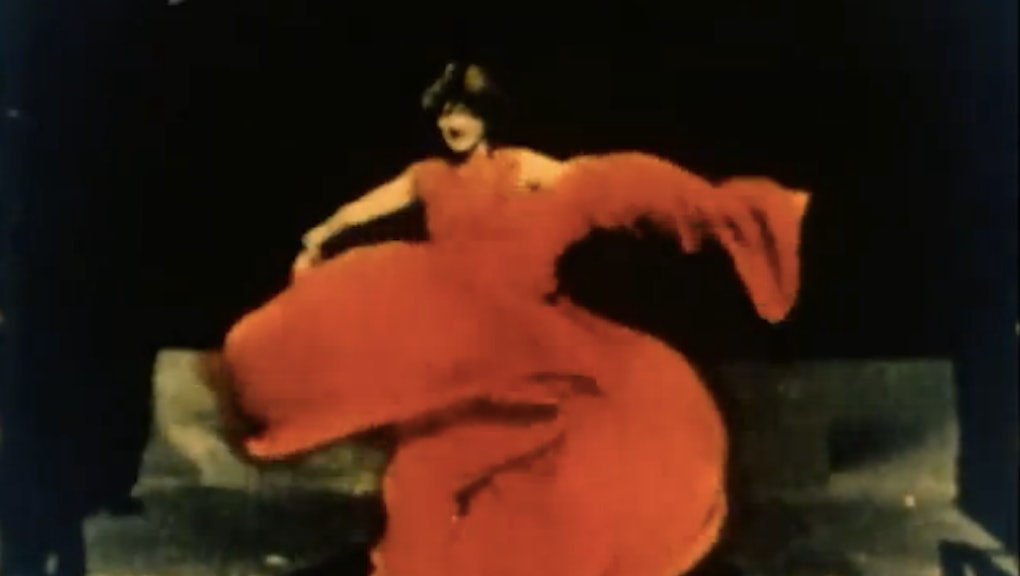 Live performances may be ephemeral, but film is forever, especially if it gets posted online. How far back in history can we go to see these immortalized films of artistically fleeting moments? For dance, we can go all the way back to the early 1890s, and thanks to the New York Public Library digitizing thousands of hours of footage from its Jerome Robbins Dance Division Moving Image Archive, we can now see these beautiful performances online.

Some of these performances had already been posted to the web through sites like YouTube, but the library's online archive consolidates the footage providing a one-stop destination for some of the world's most beautiful dance performances.

Some of the earliest dance footage was filmed by none other than Thomas Edison. In this 1894 clip, Edison recruited Spanish dancer Carmencita to help him test out his newfangled motion picture camera. Chew on this as you press play: You're watching the first 38 seconds a woman was ever captured on moving film. It's like the Big Bang of ladies owning it onscreen.

Dance scholars should be leaping for joy Billy Elliott-style with the news that all of this footage is now easily accessible, but anyone can appreciate the amazing wealth of culture that's been made available by the New York Public Library. Not all of it is online — you still have to visit the library yourself for some things — but it's possible to lose hours to their search engine, which features interviews, performances and vintage footage from all over the world.

Another brilliant early dance clip also from Edison is this one from 1897, in which Annabelle Moore, the original Gibson Girl, scandalizes Victorian sensibilities with her serpentine dances and fluttering costumes. In an early bit of psychedelia, Edison himself hand-colored each frame so her dress changes color as she swirls.

If the past is another country, these videos are captivating tickets abroad. Maybe no one will watch our viral videos with the same awe and wonder in 120 years, but it's amazing to see ourselves so clearly on a continuum with the likes of Thomas Edison — and all these lively, ghostly, rescued-from-history dancers of the past.