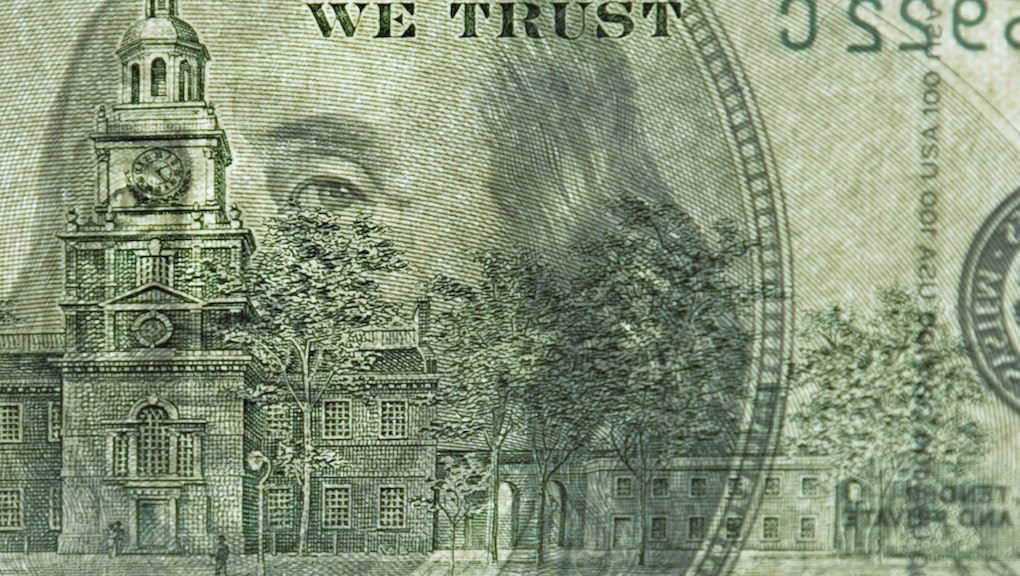 Care About Democracy? The Supreme Court's Elections Ruling Yesterday Was a Big Setback

The re-opening of this loophole, originally closed by Congress in the 1970's to prevent rich donors from setting up hundreds of shell PACs to circumvent the individual limits on donations, throws open the door for big money donors to shower money on candidates directly. Alongside the general threat that unlimited money presents to a democratic society, the continued influx of dollars threatens to push aside the political priorities of younger Americans, a demographic that simply doesn't have the assets to compete.

With our generation less able to throw millions at political candidates, McCutcheon’s enabling of older generations to directly influence policies that impact us is an issue that is critically important to understand and get engaged on. The effects of this ruling and the precedent it sets for future decisions create a world of money in politics that will continue to impact our generation for the rest of our lives.

Campaign finance and the political baggage it brings with it is the most important political issue facing our generation today. The tentacles that big-money donors extend into politics impact us in every facet of our lives – from energy, tax, and foreign policy to issues of abortion, marriage equality, and affordable education. Among every major issue in American politics today the common denominator is money, especially big money.

The challenge for our generation is that campaign finance reform isn’t sexy. Even discussing the second-order effects of highly divisive cases like Citizens United quickly devolves into a snooze-fest for all but the most devout wonks. Trying to talk about the bureaucratic minutiae of pushing transparency rules through the Federal Elections Commission? Forget it.

Look, let’s be candid. Banning money from politics isn’t going to happen. Whether legal or illegal, money will find its way into the pockets of politicians one way or another. The ability to lobby elected representatives is enshrined in the First Amendment and is unlikely to change short of a constitutional amendment.

Efforts at pushing for effective public financing of campaigns is also a well-meaning but losing argument. The Supreme Court struck down Arizona’s forward-looking public financing scheme, which provided candidates with additional public dollars if an opponent decided to spend independent funds, back in 2011. The influx of money caused by Citizens United makes any alternative public financing models laughable, especially at the national level.

Moreover, the opening of additional money-spewing floodgates is both imminent and inevitable. The Court is currently deciding whether to hear a case that challenges an Iowa state ban on corporate donations to candidates on the grounds that it runs afoul of both Citizens United and, now, McCutcheon. This could mean that the Court could rule within the next year that any prohibition on corporate donations at either the state or federal level is unconstitutional.

The solution to the problem of money in politics, to the extent it exists, lives in transparency. Shining a light on the money flowing into the political war chests of candidates will, at the very least, help inform the decisions voters make come Election Day. While it doesn’t solve the problem of candidates being utterly beholden to the hand that feeds them, it at least informs the public who their particular representative’s corporate sponsors are.

Transparency is something that even the conservative Justices on the Court have been calling for. The opinion in Citizens United warned that with the inevitable increase in dollars there needed to be a commensurate increase in transparency on where the money is coming from and where it’s going.

Even in McCutcheon, Chief Justice Roberts suggests, albeit naively, that pushing through additional regulations on transparency through the Federal Elections Commission should be a path pursued to alleviate concerns about additional dollars making their way into the system. The fact that Republicans have uniformly blocked any efforts by the FEC to increase transparency went unsurisingly unmentioned.

The practice of slipping a dollar bill into a politician’s pocket while shaking their hand isn’t going away, regardless of what we call it or how we regulate it. If young Americans hope to level the playing field against the moneyed interests of older America, then they have to exercise the most traditional form of democracy and vote.

Young voters were a deciding factor in both 2008 and 2012, voting in record numbers with each election cycle. Demanding transparency and supporting candidates focused on campaign finance reform is the only effective option to address the monster of money in politics in a practical and pragmatic way.

Our ability to demand transparency and finance reform will only diminish over time as the size of our political clout will be tempered by the size of the wallets opposing us. Now is the time to push back, while we can still afford to do it.