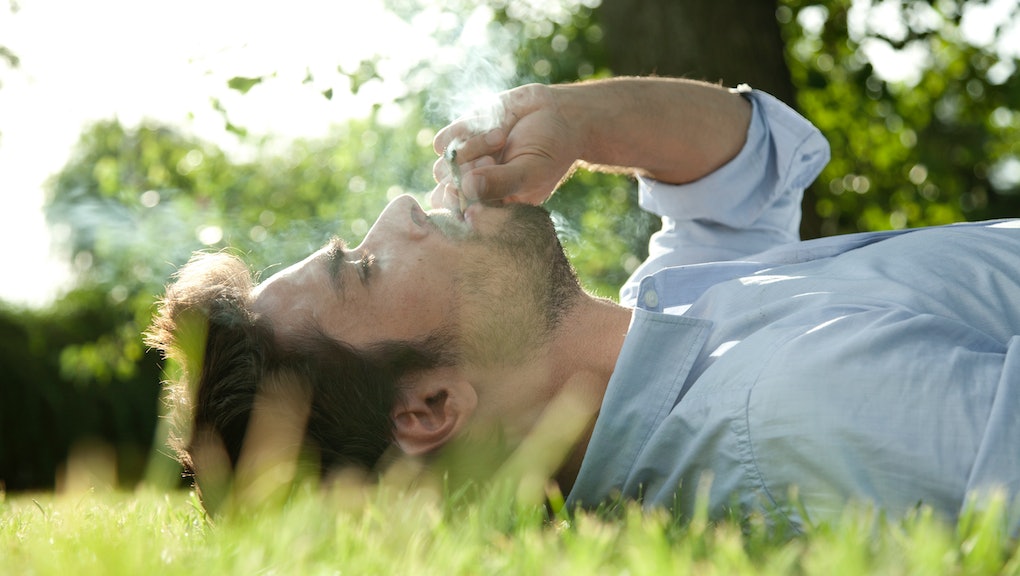 3 Revelations That Give a Hint to Future of Marijuana Legalization in the U.S.

The marijuana legalization movement continued its steady march towards national acceptance this week, with three major revelations in just this past week. A member of Congress proclaimed weed will be legal in less than five years, a poll says that three-quarters of Americans believe legalization is inevitable,and another study found two-thirds of the U.S. public think the government needs to shift its focus from prosecuting drug users to getting them treatment. Let's take each one at a time.

1. State lawmaker jumps on board: In an interview with the Huffington Post's Matt Ferner, Oregon's Rep. Earl Blumenauer (D) predicted that the federal government's war on weed will be over incredibly soon.

"I think it's game over in less than five years," Blumenauer said.

"There's no question that we're likely to see another state or two this year legalizing [recreational] use. We're going to see more medical marijuana progress. The crazy prohibitions on bank services and probably the tax disparities — these are all eroding."

The representative pointed to President Obama's approval of the Farm Bill with provisions to legalize industrial hemp production for research purposes in the 12 states where hemp is legal, as well as the 70+ hemp bills in various state legislatures, as evidence that the feds are slowly admitting defeat on pot.

"Part of what is going on with the hemp discussion is that people are seeing through the nonsense that somehow this is cover for surreptitious marijuana production, conflating industrial hemp with marijuana. And throughout the whole marijuana issue debate, there are numerous flat-out falsehoods. Schedule I drug? No therapeutic use? Worse than cocaine and meth? I mean, wait a minute."

"But the hemp one, that was so blatant and so obvious. And that is what's changing the whole marijuana landscape, is that all the falsehoods, misrepresentations and misclassification that have been basically sanctioned by inertia no longer work. And hemp is the best example of that."

2. Pew finds Americans believe legal weed is inevitable. Regardless of how they feel about it, about 75% of respondents to a recent Pew Poll said they believe the legal sale and use of marijuana for recreational purposes is inevitable.

Conducted Feb. 14-23 among 1,821 adults, the poll found majorities of both those who favor and oppose marijuana legalization nonetheless believing it will happen.

Furthermore, increasing numbers of Americans are adopting a rather laissez-faire attitude towards marijuana:

This is a major change in attitudes from just five years ago, when just 41% of Americans supported legal marijuana, and a huge cultural shift from Pew's first polls tracking views of marijuana in 1969, when just 12% supported legalizing the drug.

3. Pew also finds support for a truce on War on Drugs. Whether or not they support legalization, clear majorities of the American public support dramatically changing the federal government's approach to confronting the drug trade. This isn't because they think the problem is overblown, either; 32% describe drug abuse as a national crisis, while 55% say it's a serious problem. Just 13% think it's either a minor problem or nonexistent.

But according to the Pew study, 67% think this problem would be best tackled by providing treatment and medical services to drug abusers, rather than prosecuting them — an approach that just 26% support.

As Fusion notes, marijuana-related crimes end up resulting up about half of all drug arrests, but the Pew study also finds that 76% of respondents don't want small-time possession to result in jail time.

And crucially, a five-to-one majority of Americans now seem to understand that marijuana is less harmful than alcohol. From the Washington

The takeaway: The public consensus on drug policy is evolving rapidly, and it looks like the War on Drugs — and particularly, the war on weed — is quickly losing its mass support. In the coming years, this consensus will probably continue to move even more quickly in the same direction.