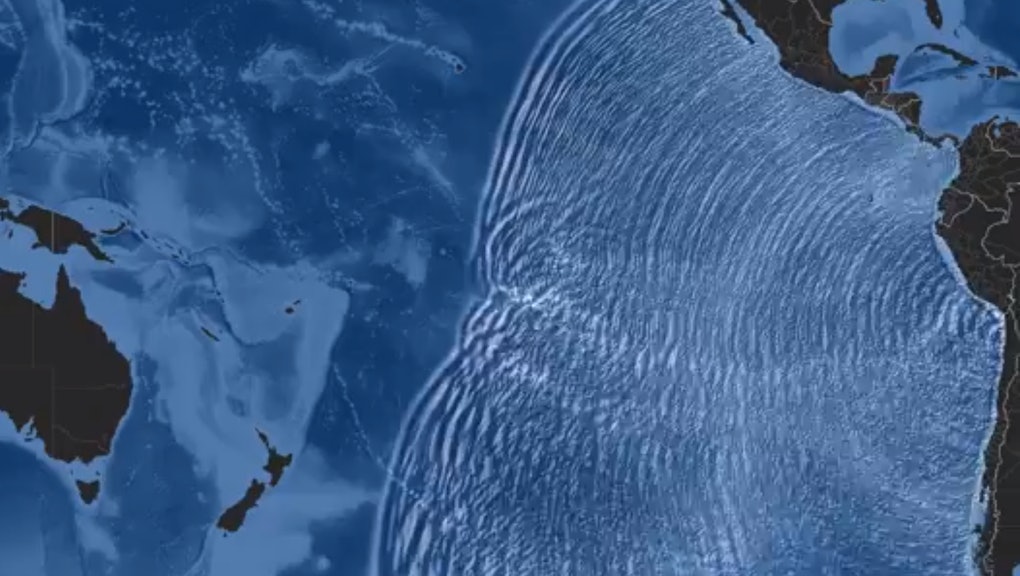 On Tuesday, an 8.2 earthquake rocked the northern coast of Chile, followed soon after by large aftershocks, landslides, fires and a tsunami.

According to the Chilean government, over 900,000 people had to be evacuated from the area, with more than 2,500 homes seriously damaged. Six people have died due to the combined events — a number that is actually shockingly low when you consider just how dangerous the past few days have been.

The powerful earthquake and its aftershocks sent rippling waves throughout the Pacific Ocean for 30 hours, with tsunami activity reaching a height of 2.4 feet. The animation below, put together by the Pacific Tsunami Warning Center, illustrates just how big and terrifying the tsunami was:

Advanced tsunami warnings allowed people in coastal communities to flee for higher ground and escape the dangerous waves. The successful evacuations mark a decided progress from 2010, when an 8.8 earthquake  — the sixth largest on record — and a subsequent tsunami in southern Chile led to more than 500 deaths. The vast majority of people died due to the fact that the government's emergency preparedness office failed to share a tsunami alert from another agency.

Chile happens to sit on top of a subduction zone, where an oceanic plate is pushed under the continental plate and into the mantle of the Earth. The largest earthquake on record also took place in southern Chile in 1960, when a 9.5 quake and a tsunami killed 1,655 people.