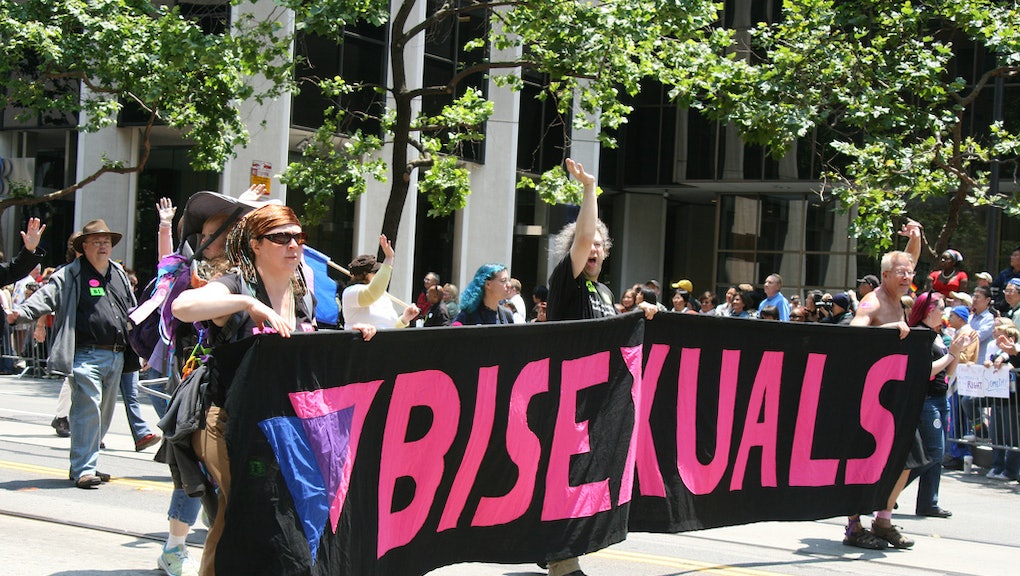 I Don't Need Science to Tell Me I'm Bisexual

I remember the first time I read the word bisexual. I was 13 years old and a Google search had led me to this new label describing my sexual desires. Up until that point, I had been called either gay or straight by my peers, but neither of those terms felt quite right. My attractions were to both girls and boys, and calling myself gay or straight felt like being forced to put on an ill-fitting shirt.

Yet for those of us who identify as bisexual, it's no pit stop. Ironically, the legitimacy of my sexuality is being debated by those who fight for the affirmation of their own sexuality.

Recently the New York Times, which has a fairly spotty record on bisexuality coverage, came out with an article "The Scientific Quest to Prove Bisexuality Exists." A lengthy piece, it covers the American Institute of Bisexuality's quest to find a scientific basis for bisexual sexual orientation.

The piece itself has some good points, but is also riddled with inconsistencies. It's one thing to give bisexuals an opportunity to finally speak for themselves in a queer landscape dominated for years by lesbians and gay men — but that platform is undercut by the author's decision to also focus on an attempt to "prove" the existence of bisexuality. For example, while the writer speaks to bi advocates from the American Institute of Bisexuality, the article ultimately reserved some of the most space for coverage of Michael Bailey, a professor of psychology at Northwestern University who has spent the better part of a decade attempting to show that bisexual men don't actually exist.

Now Bailey has a new quest, in which he wants to examine "the role that sexual inhibition can play in people's sexuality." The problem with this study, which will relate to bisexuality but won't actually include any bisexual-identifying men, is that it reinforces the idea that queer people need to be scientifically justified in our identities. Not only that, it makes the assumption that sexual identities are defined by our sexual activity.

Image Credit: What Calico Did Next

Who I date may change, but my identity as a bisexual will remain. Our sexualities encompass so much more than just the act of sex. Robyn Ochs, a bisexual activist cited in the New York Times piece, defines bisexuality by saying, "I call myself bisexual because I acknowledge that I have in myself the potential to be attracted — romantically and/or sexually — to people of more than one sex and/or gender, not necessarily at the same time, not necessarily in the same way and not necessarily to the same degree."