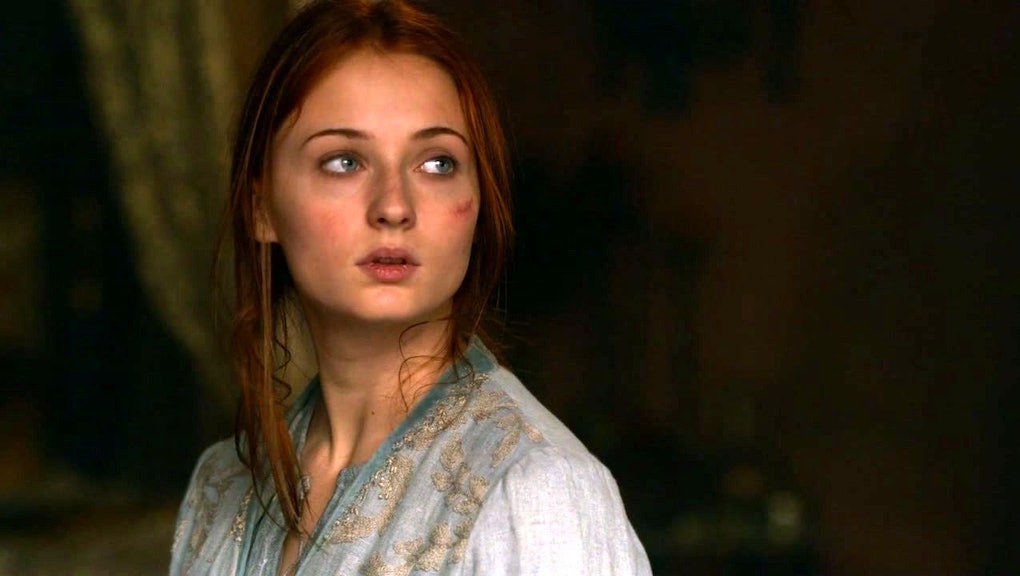 Why Sansa Stark Is the Strongest Character on 'Game of Thrones'

Note: Spoilers for the first through third seasons of 'Game of Thrones.' This post is based on the television series.

The new season of Game of Thrones is here, and with it the return of Westeros' saddest little bird. Poor Sansa Stark — nearly everyone she loves is dead, she has been forced to marry a member of the family that killed them and every time she thinks she might finally escape King's Landing, her hopes are dashed.

And on top of all that, the Internet hates her.

The elder Stark daughter is often cited as one of the most reviled characters on Game of Thrones, which is really saying something; this is the same show that brought us a king who ties up a prostitute and shoots her to death with a crossbow, so it's a bit odd that people are harping on a teenage girl for the crime of being "utterly useless and whiny."

Image Credit: Tower of the Hand

Not coincidentally, Sansa Stark is also one of the most classically feminine characters on the show. She may possess both a kindness and mental fortitude that puts others in Westerosi society to shame, but she also has a penchant for romance, castles and pretty dresses (which is understandable, given that her head has been filled with chivalrous tales of lords and ladies for her entire life).

People hate Sansa not because she messes up, but because she has the audacity to do so while acting like a girl.

There is an element of distrust, if not outright mockery, of femininity within the fan response to her actions that isn't inherent to the series itself, and speaks to what we now prize in women on screen. However misguided Sansa may be at first (and her initial naiveté goes far from unpunished), she arguably gets a disproportionate amount of fan hate because she doesn't fit the narrow "strong female character" mold we're used to rooting for.

While her universally (and rightly) adored tomboy little sister Arya rolls her eyes at anything ladylike and takes up a sword — a masculine signifier of strength — Sansa conforms to the role of the obedient noblewoman she has been groomed for since birth. Despite the fact that her grace, manners and innate ability to play the part of a lady are what keep her alive at court, it is for this transgression that she is deemed "incredibly annoying," her mistakes not readily forgiven and her bravery overlooked.

Other characters in the show behave in naive, regrettable ways as well, but they aren't greeted with the same level of fan animosity: Sansa's ill-advised love for Joffrey may have led her family to the capital, but it's Robb's romantic whims that lead to his and his mother's deaths and the dissolution of his army. And whatever unwitting role Sansa plays in her father's death, Nedd Stark's downfall is still largely brought about by his own unflagging adherence to the system of nobility he was raised to honor — the exact same system Sansa was raised to believe would reward her if she acted like a proper lady.

As Feminist Fiction blogger Rhiannon Thomas points out, people hate Sansa not because she messes up, but because she has the audacity to do so while acting like a girl.

The hatred Sansa gets is all the more baffling when you consider that, as of season 4, she is one of the few morally sound characters on the show. She's done silly things (which, again, basically boil down to her being a naïve daughter of a lord), but she has also risked her life for others, like Ser Dontos, and her general goodness instills in multiple characters a desire to protect her.

Right now, Sansa may not have Arya's blood-lust, Brienne's physical power, Cersei's political acumen or Daenarys' ambition (or, you know, dragons), but she's still one of the strongest characters in the series. It's just that we're not used to recognizing her strength for what it is.

The female characters we tend to applaud typically adhere to a particular formula for strength, one that breaks the patriarchal mold of how a woman should behave. This can be empowering, but the constant regurgitation of this one type of "strong female character" limits the kind of women we value on screen and dismisses the merits of those who prove themselves in a different way. Male characters aren't confined by the same standards, and more stereotypically "feminine" traits like patience, kindness and adaptability shouldn't be seen as inherently lesser than more "masculine" ones like physical strength or the ability to lead an army into battle.

The intensely patriarchal Westeros gives women two paths towards success: they can either work within the system, or reject it all together. Arya literally pretends to be a boy to escape King's Landing, but Sansa cloaks herself in the mask of proper lady-hood to survive. This shouldn't make her unworthy of respect. It just offers an alternative narrative of how women may navigate a man's world. Sansa may be girly, but she's not weak; she just finds her strength within femininity itself.

Sophie Turner, the young actress who plays Sansa, recently defended her character. "Sansa's one of the most intelligent characters on the show," Turner told You Magazine. "She's been plotting it all in her head from day one. She's the dark horse."

I hope she's right. Being "girly" is not incompatible with being a hero. And by surviving King's Landing, and retaining her humanity in the process, Sansa Stark is just that.

An earlier version of this article misidentified Cassandra Clare as the author of a Feminist Fiction blog post. The author was Rhiannon Thomas, not Clare.