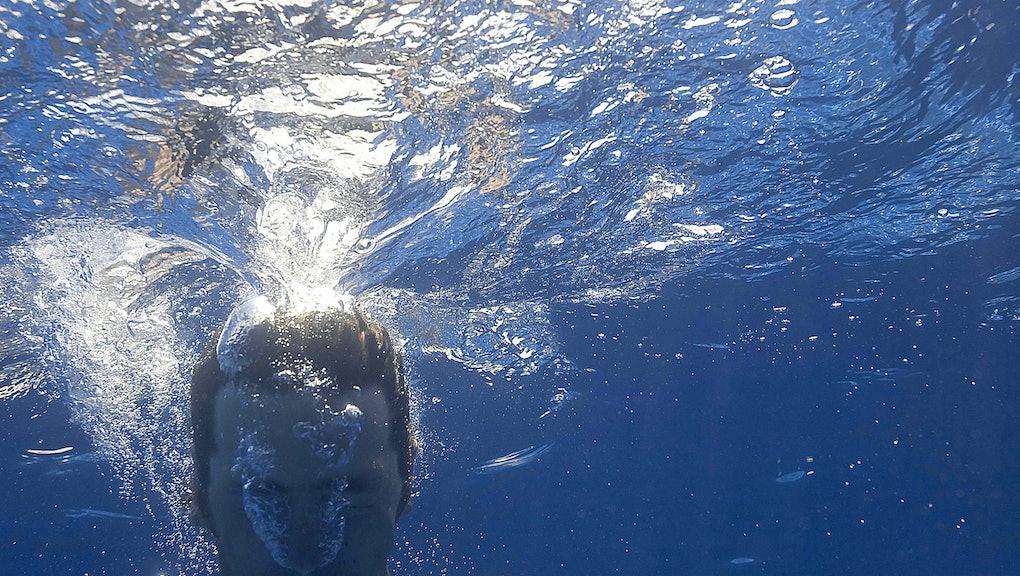 Scientists Have Invented a Way to Survive Without Breathing

The news: Thanks to science, you can now clear "breathing" off your schedule for as long as 15 minutes. A group of scientists have developed a new microparticle filled with oxygen that will one day potentially be used in emergency medicine to allow patients to breathe while their airways are obstructed.

The "lipidic oxygen−containing microparticles" (LOMs) are a single-layer shell of lipids enclosing a small amount of oxygen. The oxygen is suspended in a liquid mixture, meaning it's unable to form larger bubbles that could cause an embolism or other complications. And as the designation "microparticles" implies, they're just 2-4 micrometers wide, making them far smaller than the tiniest objects visible with the naked human eye.

How it works: When the microcapsules are injected into the bloodstream, they collide with red blood cells and near-instantaneously transfer about 70% of their contained oxygen into circulation. Rabbits with blocked windpipes were able to survive for about 15 minutes using injections of the substance. According to the authors of the original study, the technology could be used to keep trauma patients alive long enough to safely insert a breathing tube or to perform other life-saving therapies.

"This is a short-term oxygen substitute — a way to safely inject oxygen gas to support patients during a critical few minutes," said Boston Children's Hospital cardiologist John Kheir, who led the team that developed the technology in 2012. "Eventually, this could be stored in syringes on every code cart in a hospital, ambulance or transport helicopter to help stabilize patients who are having difficulty breathing."

"One of the keys to the success of the project was the ability to administer a concentrated amount of oxygen gas in a small amount of liquid," Kheir explains. "The suspension carries three to four times the oxygen content of our own red blood cells.

"We have engineered around this problem by packaging the gas into small, deformable particles. They dramatically increase the surface area for gas exchange and are able to squeeze through capillaries where free gas would get stuck."

Can we use it? But the tech isn't ready for prime time yet. Potential complications include carbon dioxide buildup, as well as unknown potential long-term consequences such as "blood and tissue damage, metabolic fate of LOM excipients, and free radical injury." And don't expect to just go deep-sea diving after injecting yourself with microparticles — you'll need to breathe liquid for that.