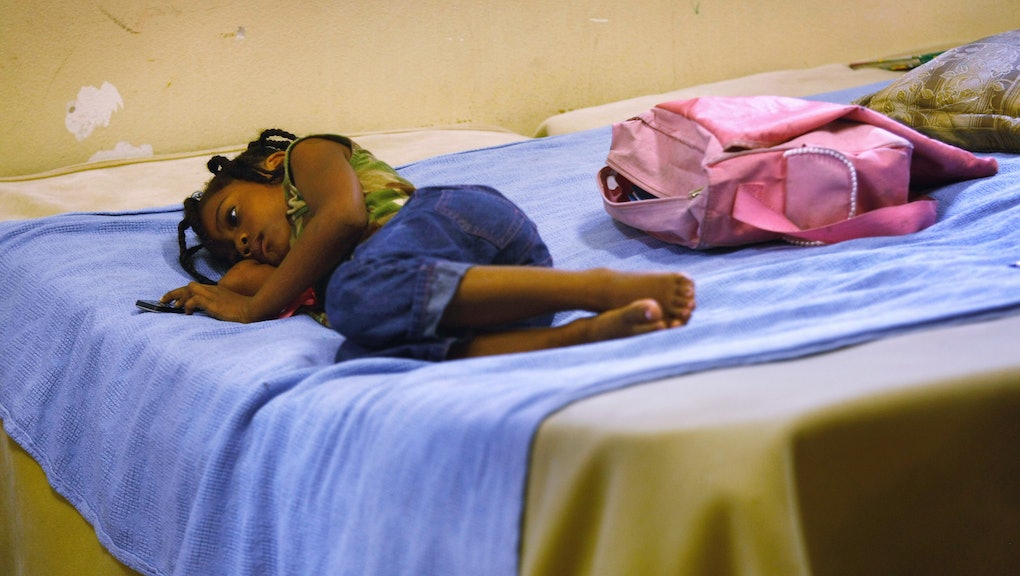 The news: People who criticize social welfare and government handouts make the point that with enough hard work, anyone can rise above their circumstances and build a better life. But what if there were scientific proof that those born in poverty are at a biological disadvantage?

According to a study published Monday in the journal Proceedings of the National Academy of Sciences, children from unstable, low-income homes are genetically predisposed to poor health. The researchers studied the DNA of 40 9-year-old African-American boys from stressful, disadvantaged backgrounds, and compared them with the DNA of boys with the same age and ethnicity who came from privileged families.

What they found was shocking: The environmental stress that the boys in the former group were exposed to changed their genetic material. The premature aging of their telomeres left them more vulnerable to physical and mental illness; those who had a genetic sensitivity to dopamine and serotonin — the neurochemicals associated with happiness and pleasure — were at even greater risk.

The science: It all comes down to telomeres, the caps that protect DNA from damage. Not only is it an indicator of age — it shortens as cells divide more and more over time — it also demonstrates the health and functionality of immune cells.

The researchers discovered "significant associations between the shortening of the boys' telomeres and low family income, low levels of maternal education, family instability and a harsh parenting style, compared with boys who came from higher income and more stable and nurturing backgrounds."

Not the first: The results of this study are in line with previous research on the link between stress and telomere length. A study published in November revealed that "for each year a person spent living in a home their parents didn't own (a rough, yet relatively reliable indicator of socioeconomic status), the telomere length decreased by 5% ... for each decrease of one year in parental home ownership, the participants' odds of developing a cold increased by approximately 9%."

Other studies have also found that those who spent long childhoods in institutional care, had exposure to violence between the ages 5 and 10 and suffered childhood maltreatment and trauma were more likely to experience telomere erosion.

What does this mean? The study is not definitive enough to prove that all children from low-income backgrounds suffer telomere damage. But the "Brain, Behavior and Immunity" study from last November proves that controlling for other factors such as divorce, drinking, smoking, body mass index and other health concerns, "no other variable correlated with decreased telomere length or cold outcomes" — except for socioeconomic situation.

For now, all evidence points to the idea that children with exposure to economic hardship and stress are more likely to age faster and get sick. They simply are going from the same starting line as the well off, and that's not a reality we can ignore any longer.