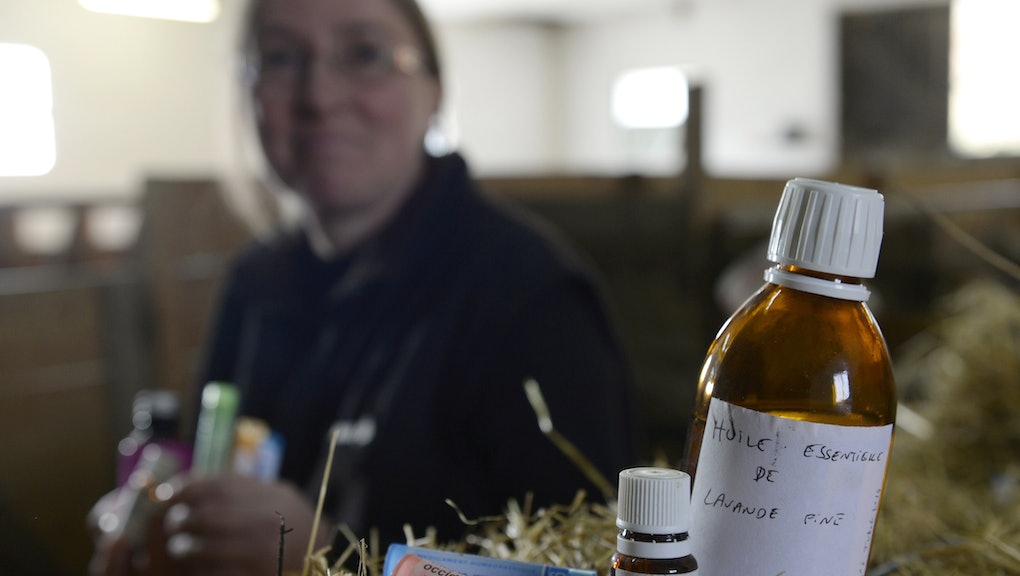 The news: Though countless studies have debunked the validity of many homeopathic treatments, the use of complementary and alternative medicine (CAM) remains popular around the world. So far, research has indicated that these non-pharmaceutical solutions have little to no effect on a person's condition, but a new study from Australia may well blast the whole idea of homeopathy wide open.

A draft paper from Australia's National Health and Medical Research Council (NHMRC), released Tuesday, examines different homeopathic treatments for 68 health conditions, including asthma, arthritis, burns, cold and flu, cholera, chronic fatigue, malaria and heroin addiction. A working committee of medical experts tested each CAM cure and came to the same conclusion: "There is no reliable evidence that homeopathy is effective."

Why is homeopathy popular? CAM prescriptions have existed for thousands of years, and different cultures have come up with diverse natural methods to treat hosts of illnesses. The most well-known form of homeopathy can be traced back to 18th century German doctor Samuel Hahnemann, who came up with the idea of treating "like with like" — if you suffer from a medical condition, a diluted dose of the causative agent will stimulate your immune system and make you healthier.

But despite the fact that Hahnemann's methods have been disproven, many people, especially those who are against vaccinations, believe that these natural methods are better for the body than chemicals.

And even some governments and politicians endorse it. In 2011, the Swiss government released a controversial report that claimed that "homeopathic treatment is both effective and cost-effective and that homeopathic treatment should be reimbursed by Switzerland's national health insurance program." A whopping 85% of the Swiss population wanted CAM treatments to be insured, and half of all Swiss physicians said they believe CAM treatments to be effective.

"In my point of view as an immunologist, the most serious issue was the spreading of the concept that homeopathic vaccinations were harmless and just as good as orthodox vaccinations. People who believe that are not protecting themselves and their children," said John Dwyer, a professor at the University of New South Wales.