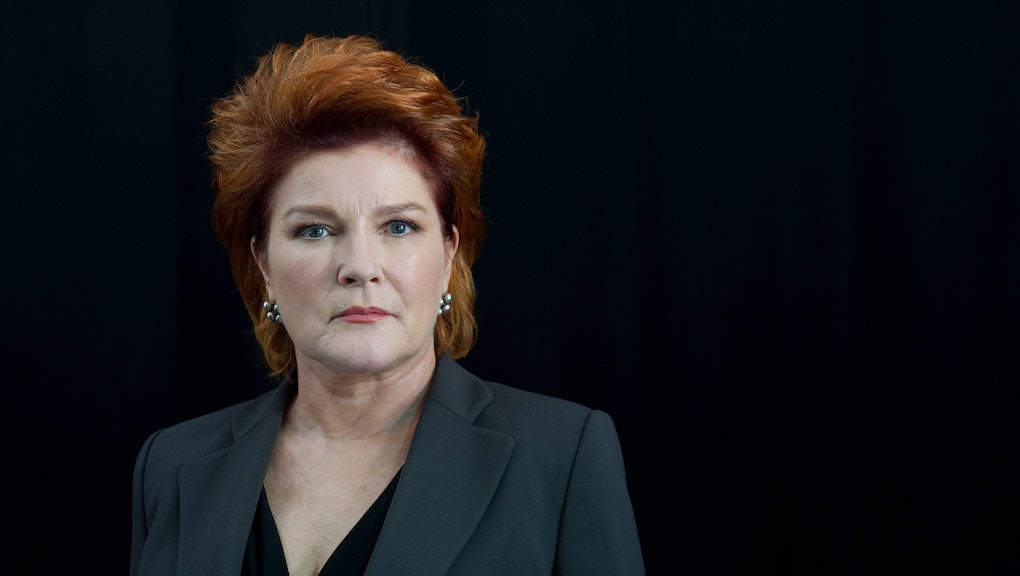 Old beliefs die hard. Creationism has enjoyed a bit of a resurgence, thanks in part to the media's enduring obsession with the Creation Museum and the recent, disastrous Bill Nye-Ken Ham debate. But geocentrism? Didn't Copernicus and science nail that nearly 600 years ago?

A trailer went viral this week for a flabberghasting new documentary called The Principle. A film purporting to prove that the Earth revolves around the sun, not the other way around. Silly Galileo.

This movie and the waves it made might have sunk quickly back into nothingness, were it not for two facts: 1 in 4 Americans actually believes in an Earth-centered solar system, and the film's trailer features some pretty heavy hitters both from Hollywood and from the science world. To make matters worse, the film is funded by Robert Sungenis, who counts Holocaust denial among his many retrograde beliefs.

The celebrity whose name went instantly viral thanks to the trailer is actress Kate Mulgrew. American and global audiences know Mulgrew as Capt. Janeway from Star Trek: Voyager and more recently as Red on Orange Is the New Black. Needless to say, her voice claiming that the sun revolved around the Earth and that "everything we think we know about our universe is wrong," is the stuff viral rage-dreams are made of. In addition to Mulgrew, viewers also recognized well-respected theoretical physicist Lawrence Krauss, best known for advocating for public understanding of science, as well as authoring The Physics of Star Trek.

The Internet quickly took umbrage with the film, a movie in a long line of often mystical "What you think you know is wrong!" Matrix-esque documentaries, like What the Bleep Do We Know!?, which enlist Ph.Ds. and actors alike to try and make the flimsy and phony sound believable.

So, how could Mulgrew and Krauss become affiliated with such blatant tripe? Apparently, they were hijacked — or at least, their voices and images were.

To the relief of many, both Mulgrew and Krauss have disavowed their endorsement of the film's thesis, Mulgrew taking to Facebook, Krauss to Slate and social media. Mulgrew writes:

Meanwhile, Krauss penned a write-up for Slate saying that he has "no recollection of being interviewed for such a film ... So either the producers used clips of me that were in the public domain, or they bought them from other production companies that I may have given some rights to distribute my interviews to, or they may have interviewed me under false pretenses, in which case I probably signed some release. I simply don't know."

The controversy surrounding this film and it's "stars" is illuminating in its success. Believe it or not, science is still not safe from the fringe, at least not when the fringe can make documentaries with convincing talking heads, neat effects and stars from our favorite shows. Here's to the Internet, then, where wrongs can be righted almost as quickly as they're spotted, and where we can point people to Neil deGrasse Tyson's Cosmos: A Spacetime Odyssey to clear the air and the palate.