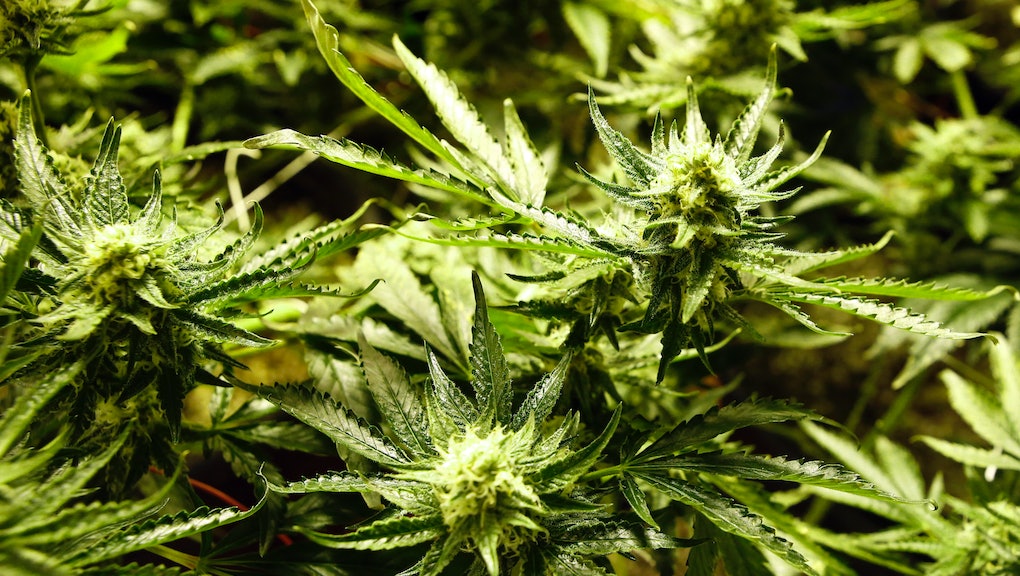 Guess How Many Pounds of Marijuana Are Being Sold in Colorado Every Month ...

It has been three months since Colorado's Amendment 64, which legalized marijuana sales, took effect. And despite predictions of mass crime, low worker productivity and drug addled youth turning the streets of Denver into some sort of post-apocalyptic zombie stoner paradise, the results of legal pot sales are in and they're actually kind of, well, nothing to be afraid of.

In fact, the most significant change is a positive one: The crime rate in Denver, Colorado's largest city, has gone down by 2.4%, with property crime falling by 14.6%, in the past year — all while enough ganja is being sold in the state to make Cheech and Chong blush.

The fear mongering that we always hear about marijuana is being exposed for exactly what it is. "If voters [legalize marijuana], I believe there will be many harmful consequences," said Sheriff David A. Weaver before the amendment was passed. "Expect more crime … I think our entire state will pay the price."

It appears that after 3 months of being in effect, that "price" is roughly $65 for an eighth of weed (3.5 grams). In spite of the sheriff's prediction, Colorado has seen a drop in violent crime rates and an estimated $134 million in additional annual tax revenue in the next fiscal year.

Colorado Governor John Hickenlooper (D) says that he plans to use the money raised from the retail sale of marijuana for school construction as well as a large scale media campaign to combat drug addiction. That sounds like a far cry from junkies looting local stores, right?

Meanwhile, three months into the legalization experiment, consumers are buying over $14 million worth of product a month. (According to tax documents, licensed dispensaries generated $14 million in revenue in January off recreational marijuana sales alone and even more in February.) At $65 an eighth, which is a typical purchase, that works out to approximately 1,683 pounds of pot. Put another way, almost one metric ton of marijuana is being sold in Colorado every month.

That's a lot of weed. According to the latest census, there are 5,268,367 people in Colorado. So those 1,683 pounds would be enough for every man, woman and child in Colorado to have a few joints every month. Since not everyone's smoking, there are definitely some residents getting super stoned.

In reality, it's too early to know exactly what the long-term effects of Amendment 64 will be. Despite their predictions, talking points, charts and graphs, lawmakers rarely know how legislation will manifest itself in the face of the unpredictability of real life factors. (Nancy Pelosi’s comments that we had to pass the Affordable Care Act in order to know what was in it were almost universally true, albeit too honest for modern politics.)

What we do know is that, despite warnings of the apocalypse, it doesn't look like it's coming: The sky hasn’t fallen on skiers in Aspen, theft hasn’t increased in Denver and there aren’t more students dropping out of CU Boulder to grow cannabis in their parent's backyards.

It turns out that the doomsday prophecies are about as accurate as they've always been. Maybe now we can all talk about this like adults.