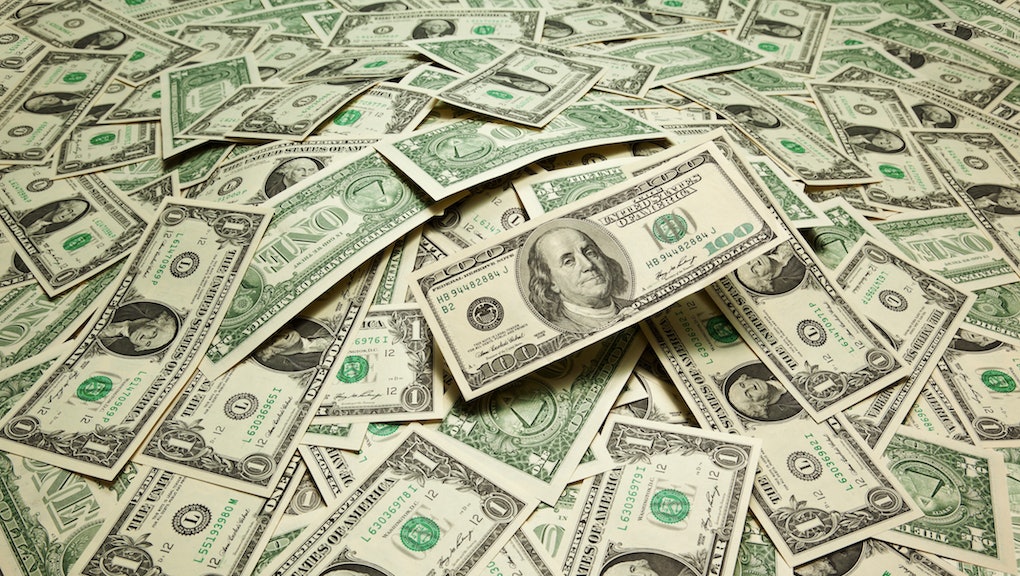 Here's Where Your Tax Dollars Are Really Going

In the 2013 fiscal year, the federal government spent an astonishing $3.5 trillion, or approximately 21% of the United State's gross domestic product. That number seems unfathomably large, but even when considering state, local and private health care spending, the U.S. still ranks below Europe in terms of spending versus GDP. Though the U.S. spends far more than any other nation, that's primarily a function of being the richest country on the planet.

Still, that's a whole hunk of change, and when April 15 rolls around, a lot of taxpayers will be skeptical it's going to good use. Where does all this money go? The Center on Budget and Policy Priorities (CBPP) recently released a primer on the 2013 federal budget, and some of the numbers may surprise you:

These numbers are slightly different than what Americans generally think about budgets, because the numbers here constitute total federal outlays. For example, while you are taxed for Social Security, it's actually part of a separate fund which isn't included in general revenue. The way it affects many Americans is offset by employer contributions to Social Security, something any first-time independent contractor can find out the hard way.

But this breakdown accurately conveys total government operations, and some of the results should have you thinking. The 19% of the budget reserved for military spending doesn't seem like a lot until you consider only a handful of countries spend more per capita than the U.S. on their armed forces. America spends a relative pittance on transportation, education, and science and medical research; while much of this spending is supplemented by local and state spending, that also means much of what you get out of your tax dollars depends on where you live. And while critics decry the amount we spend on foreign aid, the burden of international assistance looks a lot less imposing when you consider that it's less than 1% of total government operations.

A lot of regulatory and government agencies survive on a minuscule slice of federal spending, such as the FDA, which spends between $4–5 billion yearly. Most of our spending goes to social safety nets, the very popular Medicare and Medicaid and Social Security. The CBPP estimates that without such income support, the poverty rate would have been around 29.1% in 2012, nearly double the actual 16%.

It should be noted that the Center on Budget and Policy Priorities is widely acknowledged to be a left-leaning organization, so take their numbers as you will. But their reports are generally considered to be "credible, technically tight analyses."

For an alternative breakdown, as well as a personalized bill which shows just where your tax dollars went, check out the National Priorities Project's post on the matter.