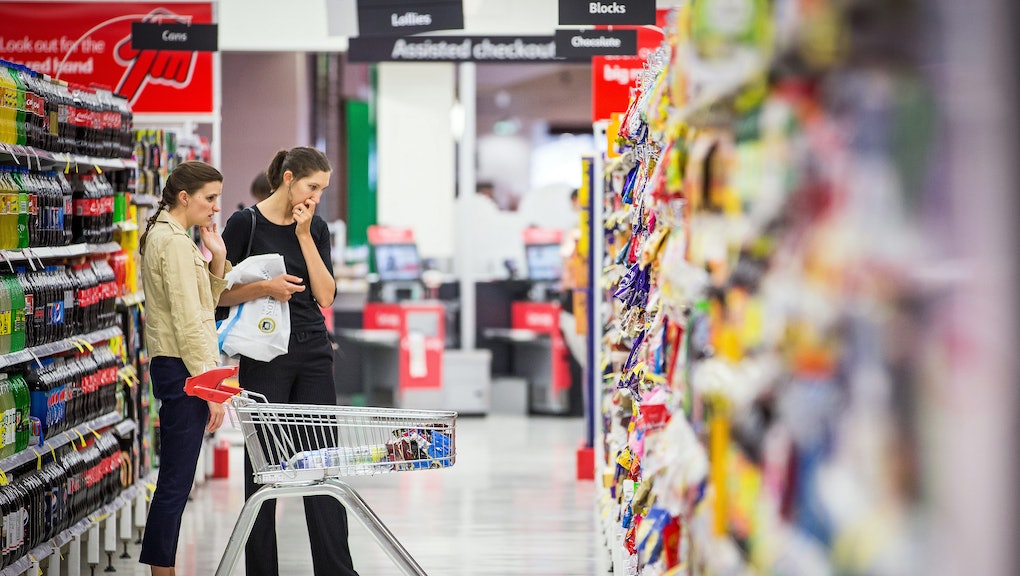 A new report from the National Resources Defense Council has highlighted a 56-year-old loophole at the Food and Drug Administration which allows companies to hire their own scientists and contractors to determine the safety of their products.

According to the NRDC report, the 1958 Food Additives Amendment, designed to allow companies to bypass FDA review for common additives like vinegar and oil that are "Generally Recognized As Safe" (GRAS), has grown into a massive hole in regulatory protection. No longer are GRAS additives simple additions like olive pulp extract or tuna oil. Now, they're often chemicals with long names that the average consumer doesn't understand and the FDA often hasn't reviewed.

How can they do this? Companies are often able to make their own GRAS determinations with in-house staff and little oversight, generally through three channels. The first is petitioning the FDA for formal approval with an accompanying safety report, which at least allows for FDA oversight. The second is declaring GRAS status using paid private staff, essentially allowing the manufacturer to circumvent regulatory approval. And the third is intolerable. From the Washington Post:

A third path allows companies to voluntarily submit their own GRAS determinations for FDA review and sign-off, but they may withdraw the petition if the agency is worried about the safety of the additive. The agency announces the withdrawal but does not disclose whether it had safety concerns. The company may then go ahead and use its own GRAS determination to use the additive in products anyway. The NRDC found that one in every five GRAS petitions were either rejected by the FDA or the company voluntarily withdrew their petition.

Yikes. The NRDC was able to identify 275 chemicals from 56 companies that "appear to be marketed for use in food based on undisclosed GRAS safety determinations." The report calls this "likely the tip of the iceberg"; previous estimates from the NRDC say that there have been as many as 1,000 secret GRAS determinations.

They also found that while the FDA does its best to screen petitions and ask tough questions about voluntarily submitted requests for GRAS approval, some withdrawn chemicals end up listed as ingredients anyways. These include epigallocatechin-3-gallate, which has been linked to leukemia in fetuses, organ damage in rats and "potentially dangerous interactions" with sodium nitrite and acetaminophen; gamma-amino butyric acid in quantities beyond safety levels as a nutritional supplement; sweet lupin protein, fiber and flour, which could trigger allergic reactions in those with peanut allergies; and, in amounts an estimated five times above safety levels, theobromine, which was linked to testicular degeneration in rats and rabbits and delayed bone formation in rats.

This video summarizes the findings:

It's gotten worse over time: In particular, the NRDC points out that the number of additives commonly found in the American diet has exploded from around 800 in the 1950s to more than 10,000 today. Many of these additives started out as ingredients in dietary supplements, which are not under FDA jurisdiction and are known by the public to be unregulated. But now they're in our food. As the report notes:

However, when buying food, consumers can't make informed choices because they don't know which ones contain reviewed chemicals or which contain substances not reviewed by the FDA for safety. There are no warning labels. There is no disclosure. As a consequence, they may unknowingly be putting their health at risk.

This isn't alarmism. Presumably the vast majority of these additives are safe (or at least non-toxic), and the increased variety of our diets and the multitude of choices consumers have for food products generally seems like a good thing. But any eater's ability to make healthy choices is greatly constrained by a lack of information about what they're actually consuming. When even regulatory agencies are kept in the dark, consumers don't have much choice at all. And your health is on the line.