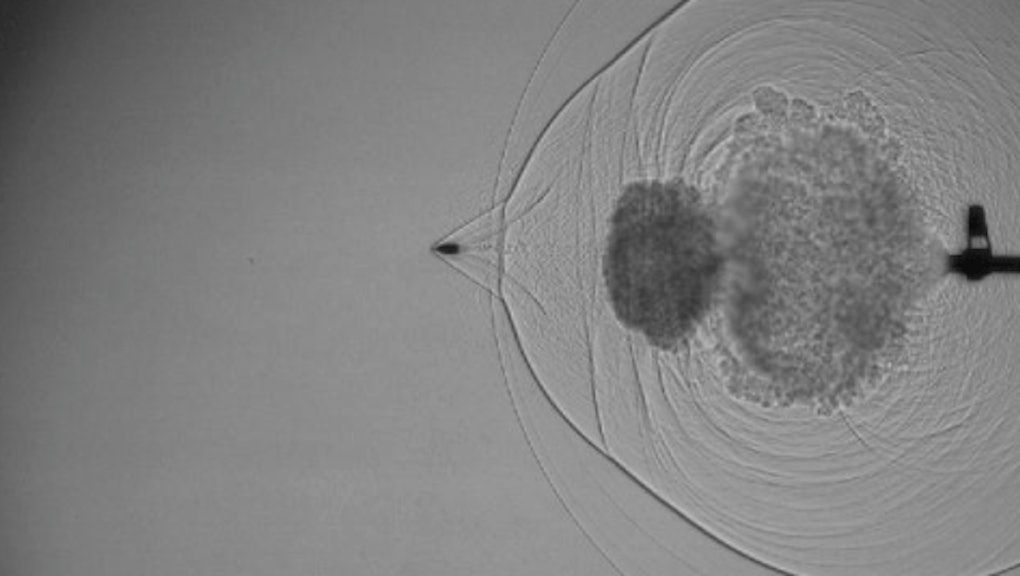 The only sound waves most of us have ever seen are the squiggles coming out of cartoon violins in physics textbooks or the digital reproductions on music programs. But real sound doesn’t look anything like that. Real sound waves look a lot more badass.

These things are happening around us all the time. Every time you take a step, a sound wave ripples out from your foot in this kind of pattern. Using a special image capture technique called Schlieren flow visualization, scientists can now actually film images of sound waves rippling through air.

For example, this is what a firecracker looks like as it's going off:

Schlieren flow visualization was invented by 19th century German physicist August Toepler to visualize the shock waves generated by electric sparks. Capturing sound waves on film obviously requires extremely high-frame-rate cameras, so Toepler was limited to still images, which had to be meticulously timed to capture anything and had very narrow fields of vision.

Clearly, the man would have benefitted from GIFs:

The process has changed a lot since Toepler’s invention, but it's still fundamentally the same. Experimenters filter light through a single slit, refracting it with a parabolic mirror to create parallel beams, before refracting it again with another mirror into a lens. Then, you can do whatever you like and the cameras will pick up any changes in air patterns that are created. That is all that sound is, after all: changes in air density, a traveling compression wave.

So you can see the sounds coming from a speaker blaring at more than 100 decibels — about as loud as a football stadium on game day:

Or the sonic boom behind a bullet from an AK-47, which is actually traveling faster than sound:

Beyoncé, too, once reported she could see sound. She meant that when she hears a beat she sees the entire video for "Partition" in her head. But this is still pretty great.