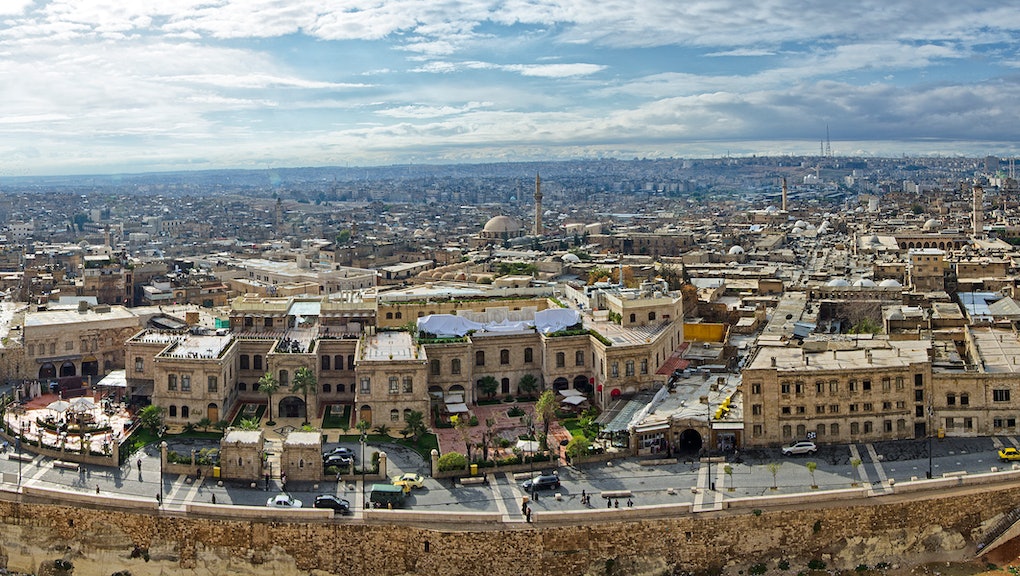 "For Syria, long a crossroads of world trade, has been watered by men's blood for far longer than Flanders." This was how LIFE magazine described Syria in its May 20, 1940, issue, which was published shortly before Paris succumbed to the Germans, and Syria was under the Vichy France rule.

With a rich history of trade and culture shaped by the battles of various Hittites, Assyrians, Greeks, Romans, Umayyads and Ottomans, Aleppo is familiar with violence.

It has, however, borne the brunt of the civil war gripping Syria today.

In July 2012, Bashar al-Assad's loyalists began a strategic crackdown to recapture Aleppo from rebel insurgents. A rebel commander told the U.K.'s Daily Telegraph that the fight for Aleppo would last months, the U.S. Department of State warned of a potential massacre and the pro-government newspaper Al-Watan predicted the impending clash would be the "mother of all battles." Nearly two years later, the instances of physical damage across the city have proven that ominous declaration true.

Many of its ancient treasures have been swallowed by the city's tragic bloodshed. The minaret of the famed 12th century Umayyad mosque, for example, was destroyed, leaving the once-soaring stone tower a pile of rubble and twisted metal scattered in the tiled courtyard.

Fires sparked by clashes between government troops and rebels raged through Souk Al-Madina, the medieval marketplace of Aleppo, destroying hundreds of shops lining the vaulted passageways where foods, fabrics, perfumes and spices have been sold for centuries.

In a series of satellite images taken between September 2012 and May 2013 by Amnesty International, and analyzed by the American Association for the Advancement of Science, the degree of the destruction brought on by a year of fighting between government troops and opposition forces is clear:

Satellite images show the neighborhood of Ard al-Hamra in Aleppo before and after a Syrian government missile strike on February 22, 2013.

Speaking to Ahram Online in February, Syrian writer Khalid Khalifa summed up the tragic state of his beloved city:

"When a place gets wrecked it does not become ruined alone, it ruins with its people. It's a sad, soulless city at the moment, and its people have lost all of their dreams."

With no clear end in sight, what began two years ago in Dara'a as a peaceful uprising inspired by the Arab Spring has now evolved into a devastating series of events with a death toll surpassing 100,000, and one million people having become refugees. Assad loyalists continue their assault, while the ancient cities of Aleppo, Homs and Damascus, steeped in cultural resilience, pass between rebels, defectors, militias and extremist groups.