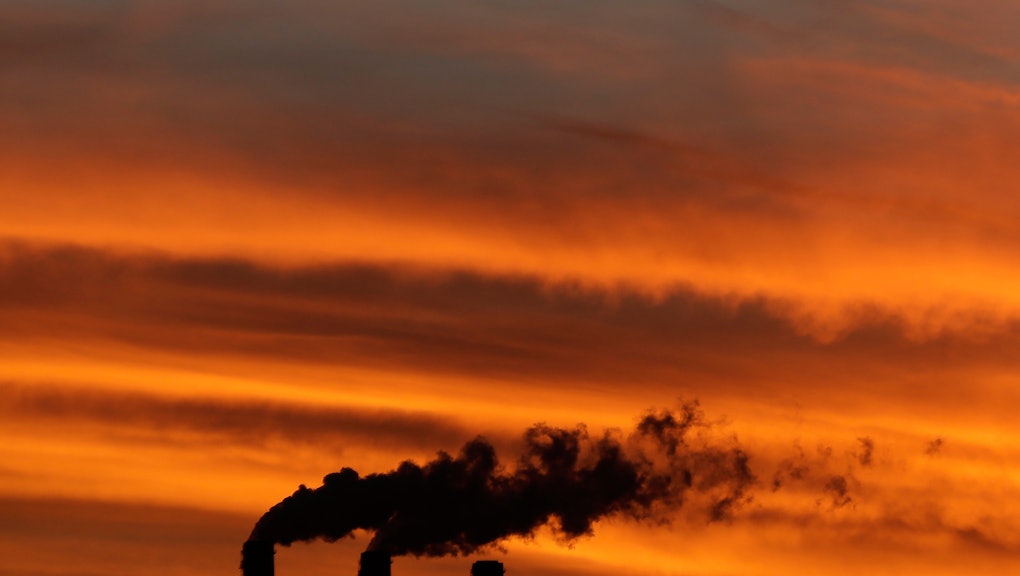 Over the Last 3 Days the World Has Experienced Something We Haven't Seen in 800,000 Years

The news: Just last month the UN Intergovernmental Panel on Climate Change released a damning report that illustrated the growing dangers of global warming. The panel focused on carbon dioxide (CO2) emissions and warned about the dangers of inaction, but the picture already looks pretty grim.

A new report coming out from the National Oceanic and Atmospheric Administration (NOAA) this week shows that the level of carbon dioxide in the air has reached 402 parts per million (ppm) — the highest it's been in 800,000 years. While that alone is enough cause for concern, you have to keep in mind that we're still more than a month away from the annual peak, meaning that that number is likely to go up in May.

NOAA's findings are in line with the steady rise in CO2 levels since the dawn of the industrial era:

What does this mean? You have to keep in mind that once carbon dioxide is emitted, it can stay in the atmosphere for hundreds, even thousands of years. Along with other greenhouse gases, it absorbs outgoing solar radiation and redirects it toward the planet, increasing temperatures over time, meaning that the emissions we contribute now will affect generations to come.

While some global warming can be attributed to natural trends, the sharp increase in CO2 levels since the advent of industrialization indicates that much of it is man-made; the UN report affirmed with 95% certainty that humans have "been the dominant cause of the observed warming since the mid-20th century."

"Unless we act dramatically and quickly, science tells us our climate and our way of life are literally in jeopardy. Denial of the science is malpractice," said U.S. Secretary of State John Kerry last month.