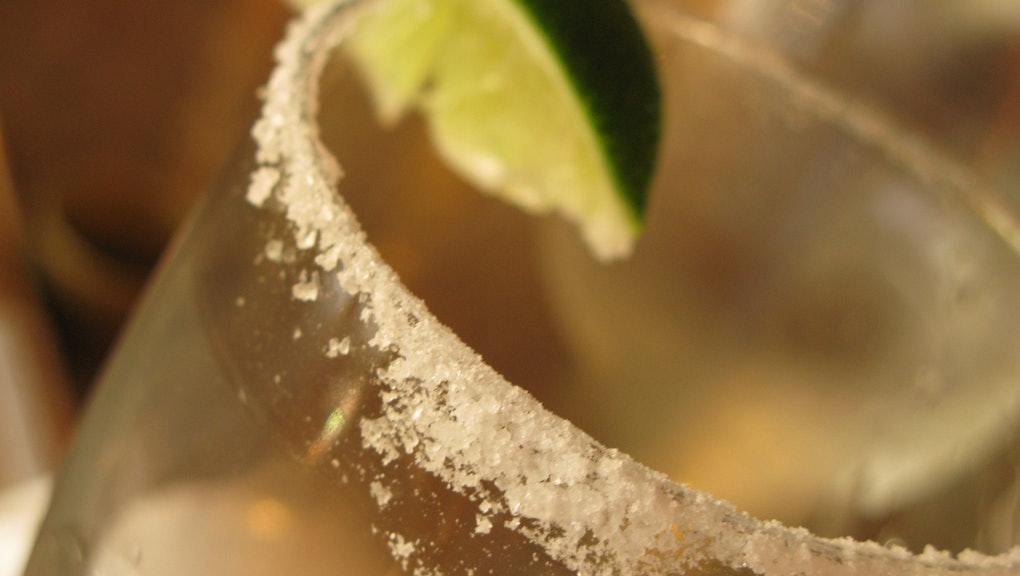 In recent weeks, soaring lime prices in Mexico have led to a surreal and bloody war between farmers and cartels. Casualties have piled up, lime growers are increasingly forced to live in constant fear for their safety and livelihood.

But amidst the violence and chaos, the real victim is you.

If you've been to a bar these past two weeks (who am I kidding,) you might have noticed the absence of a lime slice in your gin & tonic, or a slight surge in the price of your margarita. And this is where I'd like to tell you not to panic, and that everything will be ok. But really, if there's one thing worth panicking over, this is it. All right, everybody freak out.

Or maybe you guys are way ahead of me. Maybe you've been freaking out for days, nay, weeks. How could you not with these headlines? "Mexican Drug Cartel Behind Lime Shortage in the U.S.; Margaritas Feel Pinch," reports the NY Daily News. "Lime Shortage Takes Zest Away From Bars, Planes," warns CBS. "In Mexico and U.S., Lime Lovers Feel Squeezed by High Prices," heralds NPR. It is hard to overcome drink shortages, rising prices, terrible puns and and the lingering feeling of impending doom.

Meanwhile, in Mexico, the country is slowly imploding under the weight of the lime conflict. It all started last year when the combination of heavy rains and bacteria severely damaged lime plantations over the country, detrimentally impacting production. The resulting price surge was so significant that it caught the attention of many criminals, including cartels.

In past months, armed groups such as the infamous Knights Templars have been attacking lime farms and shipments. If they are not massacred, farmers are often forced to pay ridiculous ransoms, or to hire private security to guard their precious citrusy cargoes. As a result, lime prices have soared by over 200%. Since Mexico is the world's second-biggest lime producer behind India and provides about 95% of the U.S.' supply, the lime wars were guaranteed to have sour repercussions.

The West is understandably outraged. Not so much by this barbaric turn of events, mind you, but by the effect it has had on wallets and cocktail quality. After all, cartel wars in Mexico are far from being unheard of. Last year, the world shrugged as it was revealed that the very same Knight Templars used murder, torture and intimidation to take over the avocado market in the Mexican state of Michoacán. To be fair, the world did coin the term "Blood Avocado" before it shrugged, so there's that.

But, come on now. No limes on planes? Artificially flavored margaritas? What's next, lemon in our guacamole? LEMON?? Seriously, Mexico pull it together.