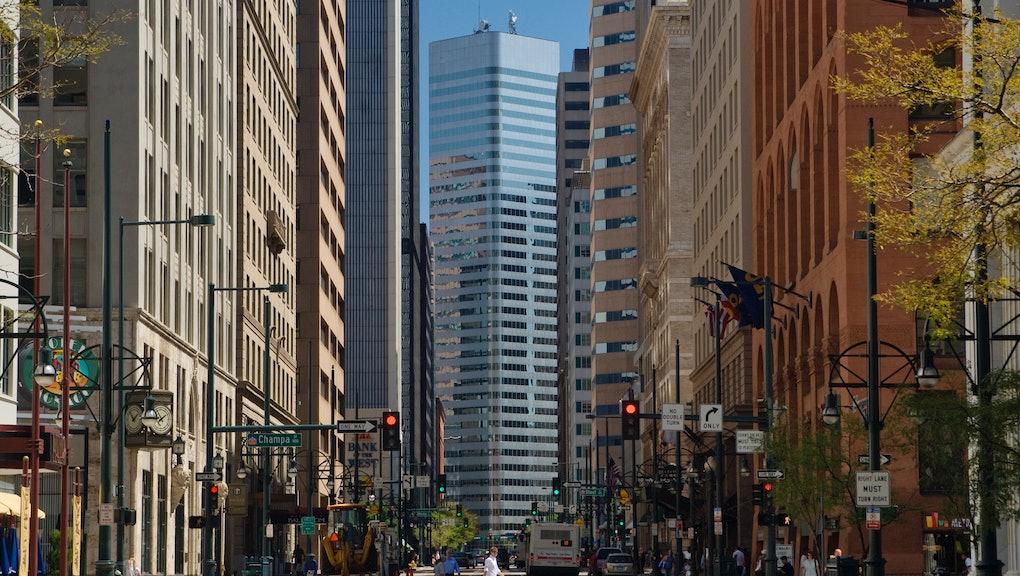 3 Months Later, Here's What Denver Looks Like Since Legalizing Marijuana

Three months following Colorado's decision to legalize the production, sale, possession and use of recreational marijuana — a vote that Denver city officials including Mayor Michael Hancock, among others, fought kicking and screaming — guess what's happened to Denver crime rates in 2014?

According to new data, they've fallen across the board. Property crime is down 14.6% compared to the same period in 2013. Violent crimes are down 2.4%. (Arson is up 109% from the same period, but represents just 23 of 3,757 crimes — so if you want to blame every count on smouldering doobies, whatever.)

As the Huffington Post notes, this is a far cry from wild-eyed claims of Amendment 64 opponents that legal weed was the devil's work and Colorado would see a surge in crime and drug use.

"Expect more crime, more kids using marijuana and pot for sale everywhere," said Douglas County Sheriff David Weaver in 2012. "I think our entire state will pay the price." Gov. John Hickenlooper said "Colorado is known for many great things — marijuana should not be one of them" and that "It sends the wrong message to kids that drugs are OK." Dr. Kevin A. Sabet, former Obama drug policy advisor, warned that the feds would crack down on legal-weed states, increased teenage use and "stoned driving." Mayor Hancock tried to dodge the constitution by banning the smell of weed, however that works. The now-defunct Vote No On 64 issued fliers claiming it would damage children's minds and kill people.

And finally, one California sheriff went on Denver television to warn that after marijuana was decriminalized in his county, "thugs put on masks, they come to your house, they kick in your door. They point guns at you and say, 'Give me your marijuana, give me your money.'" (Of course, this completely disregards the simple logic that when weed is legal, you really don't have to steal it.)

In reality, things look pretty much the same as they did before in Colorado, except for $6 million in new tax revenue already in state coffers through February alone. And while it would certainly be premature to credit weed for Denver's falling crime rate, the sky's not falling, either. In fact, a recent study in PLOS One suggested that not only is there no evidence medical marijuana increases crime, and in fact it's associated with slightly lower rates of violent crime.

Three months is no doubt a short window, and there's plenty of time to see just how Colorado's experiment will pan out. But finally, some of the hysteria has leaked out of the War on Drugs. Speaking to Vox, Tom Gorman, director of Rocky Mountain High Intensity Drug Trafficking Area, said it might take three to four years to fully understand the impact.

"This is a great opportunity for us to find out what happens when you legalize a substance like marijuana," Gorman said. "Just wait and watch what happens in these labs, and then you can make a decision based on data and facts and not rhetoric."