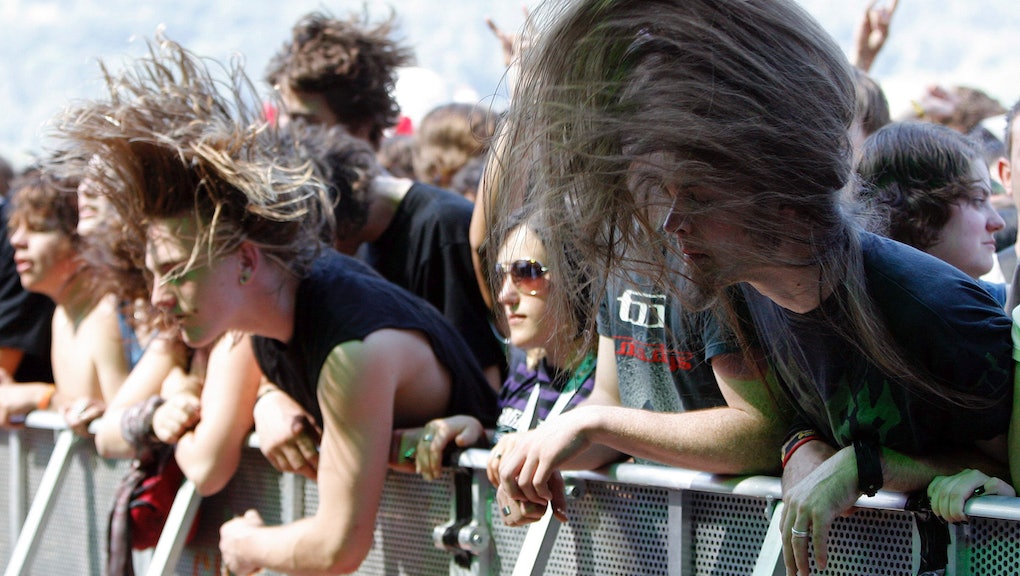 Long stereotyped as violent and even Satanic, heavy metal music and its fans have an unfortunate history of alienation and intolerance from mainstream culture. But it seems all those years of negative press are totally in the wrong: Classical fans and metal fans are scientifically proven to have identical psychological profiles. And the two forms of music are way more alike than you'd think.

Metalheads actually embody a peaceful nature far removed from public perception. "The general public has held a stereotype of heavy metal fans being suicidally depressed and a danger to themselves and society in general," Adrian North, a Heriot-Watt University professor who studies genre listeners, told the Guardian. "But they are quite delicate things." In fact, they're exactly like classical fans.

This delicate nature stems from a combination of traits, which North's study was able to nail down. He found that metal listeners were above all else creative, at ease with themselves and introverted — qualities he also found in classical listeners. "Aside from their age, they're basically identical,"  North said. This gentle and creative persona allows both listeners to then freely encounter nontraditional occurrences (like non-mainstream music) with a more open mind than their peers. Exhibit A: Wayne and Garth:

Psychologist Viren Swami at the University of Westminster studied this open-mindedness and found that those who specifically enjoy metal music have an overall "openness to experience." This predisposition is fueled by a higher drive towards uniqueness, which pushes listeners out of the mainstream and into the more removed pockets of music subculture.

It seems surprising to associate stereotypically refined classical music with headbanging, but the two genres probably share a lot more than you thought. Both are highly theatrical in their performances, utilizing costumes, staging and, above all, enormous dynamics. Orchestras have strength in numbers, easily packing 70 musicians onstage, while metal bands hold records among the loudest bands ever. And it's the sheer theatrics of these genres, North argues, that draws a certain kind of listener.

But more importantly, this suggests that it's high time we stopped stereotyping music lovers so heavily. Classical fans can be cool, metal fans can be well-adjusted. A pair cut from the same cloth, metalheads and classical lovers share a "love of the grandiose," and though undeniably different experiences, both genres fulfill these listeners' desire to experience unique drama — and both couldn't be loved without an open, playful mind. Rock on.