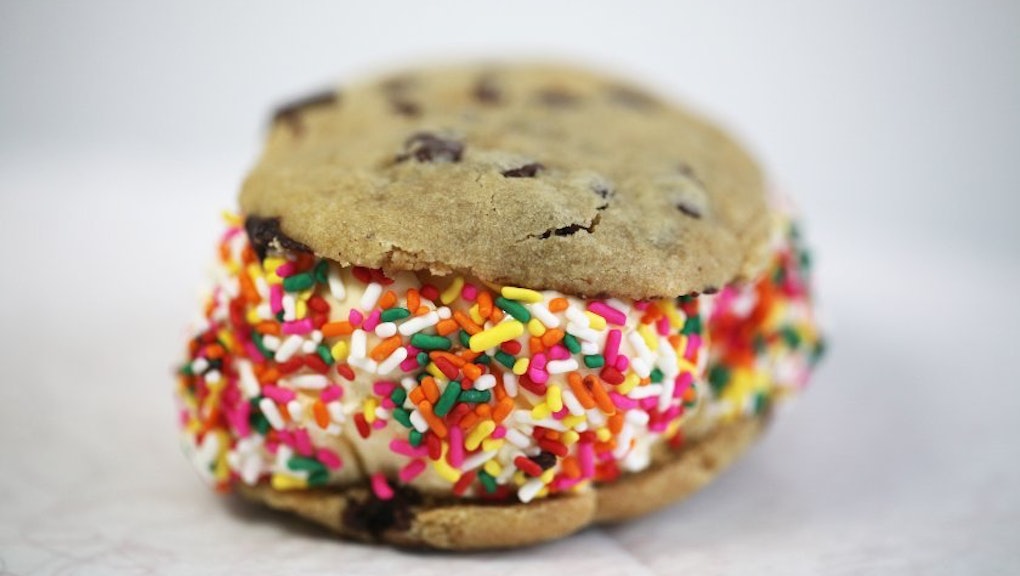 16 Things That Have a Totally Different Name, Depending on the State

It's one of the beauties of the English language that different regions have their own vocabularies, but sometimes the differences warrant a "Huh?" You may have no idea what your friend from Louisiana is trying to tell you she ate for lunch, and you may be too embarrassed to ask, but it's also possible that you ate the exact same thing. You just have a different word for it. When it comes to the American lexicon, variety is key, which is why we've put together a list of different words that mean the same thing across the country. English is confusing.

In the South: Coke

In the Midwest: Pop

In the Northeast: Soda

Out West: Pop and Soda

You can tell a lot about a person from the way they refer to carbonated beverages. When it comes to soda versus pop, people in the Northeast and California prefer "soda," while Midwesterners opt for "pop." Apparently "pop" refers to the sound made by the original glass bottles when they were opened before the first sip.

True sandwich aficionados might assert that hoagies are different from grinders which are different from subs, but someone who had an Italian sub for lunch in Connecticut had the same thing as someone who ate a hoagie in Pennsylvania. So what gives? Hoagies get their name from the Italian workers on Hog Island, Pa., who used to eat the meaty submarine-style sandwiches for lunch.

3. Eggs made in boiling water

When asked how they like their eggs, 73% of New Englanders might say "dropped," while 27% will choose poached, but they're all referring to the style of egg that's cracked into boiling water and served on toast. Poaching is the culinary term for cooking a delicate ingredient in simmering liquid, and dropping refers to the literal action of the egg when it falls from its shell into the pot.

Many use pancake and flapjack synonymously when it comes to a breakfast order topped with syrup, but flapjacks are flat cakes cooked in the oven, while pancakes are fried on a skillet (or frying pan, depending on where you’re from).

In the North and West: Drinking fountain

Most across the country refer to the water dispensers in school hallways as water fountains, but denizens of Wisconsin call them "bubblers." That the term is still a mainstay in the Wisco lexicon attests to serious branding done on the part of Kohler Water Works in 1889, when the Wisconsin-based plumbing giant patented a drinking fountain invention and named it the Bubbler.

The thing you use to change the TV channel? Most of us call it a remote control or a clicker. The term "clicker" is a nod to the sound that buttons on Zenith Radio Corporation's 1956 remote control models made when viewers changed channels. Seems legit.

New England and the Mid-Atlantic: Jimmies

When lacking the plethora of topping options that populate frozen yogurt counters nowadays, your decision might come down to chocolate or rainbow sprinkles. Wait, we mean jimmies. They're basically the same thing, but jimmies technically mean chocolate sprinkles. The etymology behind jimmies is unclear, though some think it was an epithet for African-Americans. In that case, it may be a little racist.

In the South: Spigot

Faucets and spigots mean the same thing: a tap where water comes out. A spigot, popular in the South, might be called a spicket, and in some cases refers solely to an outdoor tap.

Bostoners have a wicked unique vocabulary, and their term for blended drinks made with milk and ice cream is no exception. Order a milkshake in Boston and you'll get a drink made of milk and syrup, but ask for a frappe to get the ice cream addition that constitutes a traditional milkshake everywhere else. (Frappucinos, while related, are from Seattle, and by Seattle, we mean Starbucks.)

In the Midwest: Mangoes

It might be obvious to some of us that one is a fruit and the other is a vegetable, but that's not the case everywhere. In the Midwest, mangoes can also mean green bell peppers.

Sofas and couches are commonly mixed up, but there's a third player in the game: Davenports. Davenports aren't just sofas, though; they tend to fold out in beds.

In the Northeast: Wallet

In the South: Billfold

Do you keep your money in a wallet or a billfold? You'll find more Southerners saying billfold than anyone else in the country. Billfolds have a simple design that folds over, and their lack of pockets makes them less popular among women than men.

In the Northeast: Pit

In the South: Kernel

Everywhere except the Northeast: Seed

The seed of a peach is commonly called a pit in northern states, a kernel in states along the Gulf of Mexico and a seed everywhere else. Though we're all referring to the same thing, peaches actually have both a pit and a seed, which is inside the pit. The pit protects the seed until conditions are right for it to start growing.

In the South: Sucker

In the Northeast: Lollipop

In the Midwest: Sucker

Southerners and Midwesterners use the word "sucker" interchangeably with "lollipop," but there is a difference in the two. Lollipops refer to candy that is disc-shaped, while suckers denote a sphere. We don't mind, we'll take one of each.

The rubber-soled shoes that are made for walking? We all call them sneakers, though the term is concentrated in the Northeast. "Tennis shoes" is more common throughout the rest of the country, except for parts of Florida. The "sneak" part of the word comes from the fact that the first sneakers were noiseless.

Most people on the Eastern seaboard through Appalachia call the insects whose rear ends light up in the summer lightning bugs, while those on the West Coast use firefly. Either way, the bugs get their name for the way they attract mates or prey.

This article was originally published on April 15, 2014