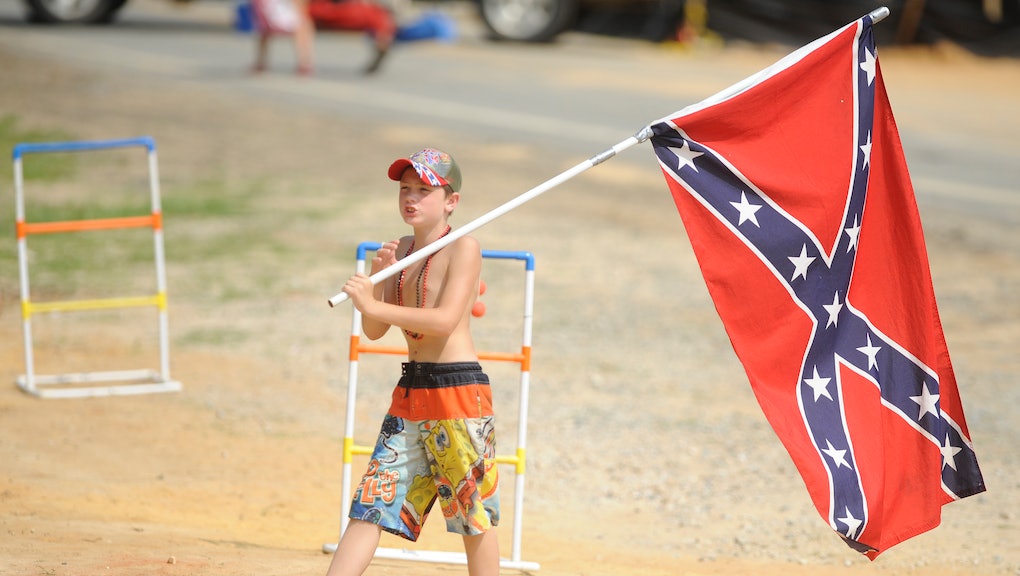 How White People React to Losing Their Majority Status in America

At least, that's the conclusion of a new study by two psychologists at Northwestern University investigating how white people react to the possibility of losing their majoritarian status.

While researching for "On the Precipice of a 'Majority-Minority' America: Perceived Status Threat from the Racial Demographic Shift Affects White Americans' Political Ideology," psychologists Maureen A. Craig and Jennifer A. Richeson conducted four experiments to assess how people who identify as white reacted to racial demographic changes regarding three different population sets. The first study showed that making Californians aware of the shift in demographics led "politically unaffiliated white Americans to lean more toward the Republican party and express greater political conservatism." The other experiments showed similar results.

In other words, when the majority — here the still-existing racial majority of "white" Americans — perceives, even if not statistically factual, that they have become the minority, their psychological response is fear and loathing. Fear at the prospect of having to actually consider one's race as not inhabiting the dominant position; loathing for having to realize that they live in a multiracial world, and that they have effectively become "othered."

While certainly unsettling, the results of the survey may not surprise anyone familiar with, say, cable news. The fear the researchers are speaking of was, in fact, apparent last year when outlets like CBS News, CNN and Fox spent days reporting on recent census numbers with not-too-subtle headlines like "Whites losing majority in U.S. in under-5 group," "White kids will no longer make up a majority in just a few years," and "Minorities now surpass whites in U.S. births, census shows." That last piece, from Fox News, nonchalantly throws in a highly problematic aside — "[T]he numbers also serve as a guide to where taxpayer dollars could be going in the coming decades" — to further perpetuate racist notions of the welfare state.

These psychological reactions to perceptions of a demographic shift also arguably influence legislative policies and legal decisions. As Chief Justice John Roberts noted in the shocking 5-4 Supreme Court decision to overturn key parts of the Voting Rights Amendment last summer, "Our country has changed. ... While any racial discrimination in voting is too much, Congress must ensure that the legislation it passes to remedy that problem speaks to current conditions."

In other words, the white majority will try to "ensure" that they remain as such for as long as possible.