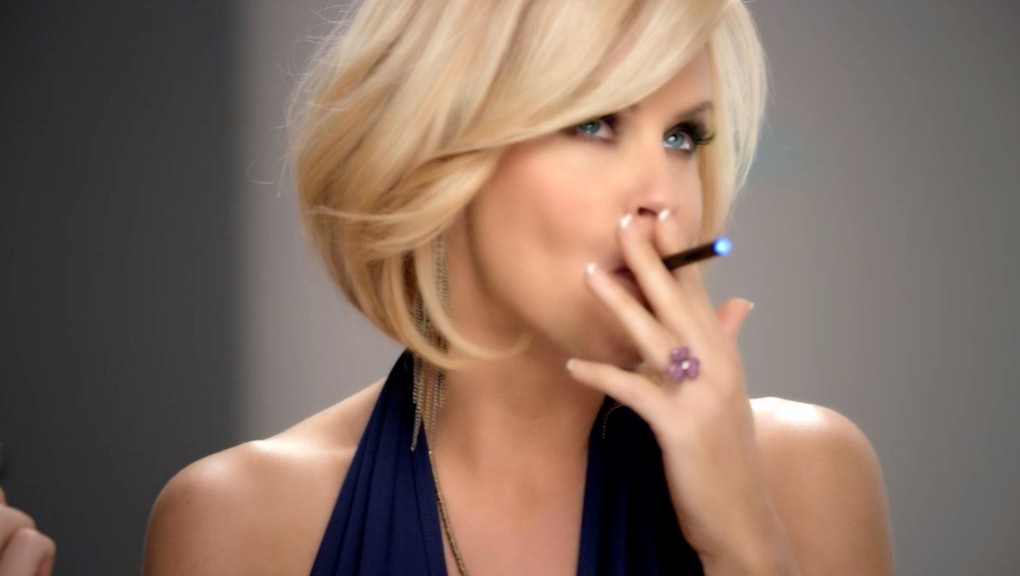 E-cigarettes have been getting a bad rap lately. They're not just tacky and overpriced, say the critics, they're actually physically dangerous. A scathing New York Times feature recently discussed how the liquid nicotine capsules used to refill them can easily poison children. And never mind their potential to, well, explode — though at least they don't cause people to melt in their chairs when they fall asleep.

But perhaps most potentially damning of all is recent data that suggests e-cigarettes can still cause cancer. A new study published in Clinical Cancer Research reveals that e-cig vapor affects human bronchial cells in "strikingly" similar ways to regular cigarette smoke. It can do so by causing mutations in gene expression, explains team member Avrum Spira, and the findings have prompted researchers to plan further investigation into whether affected bronchial cells will behave more like cancer cells in the future.

"They may be safer [than tobacco], but our preliminary studies suggest that they may not be benign," says Spira.

As VICE's Meghan Neal notes, previous studies have demonstrated that nicotine alone can "promote or exacerbate" certain kinds of cancer, which doesn't bode well for the e-cig industry's hopes to promote their product as a safe and healthy alternative to lighting up. And they may have addictive properties of their own, or at the very least fail to wean people of their nicotine dependencies. Another recent study published in JAMA Internal Medicine found that "although 85% of smokers who used e-cigarettes reported using them to quit, e-cigarette users did not quit more frequently than nonusers." In fact, U.S. "e-cigarette users were less likely to have quit at 7 months than nonusers." Their popularity among youth suggests that even if e-cigarette use doesn't lead to smoking, it can still be a habit on its own.

Unfortunately, it's looking more and more like e-cigarettes aren't the long-awaited panacea to the global tobacco industry, which kills six million people a year according to World Health Organization estimates. That's a damn shame, because we could really use something like this to help people stop smoking. But did anyone really think vaporizing and inhaling chemicals that can easily poison you wouldn't have some drawbacks?