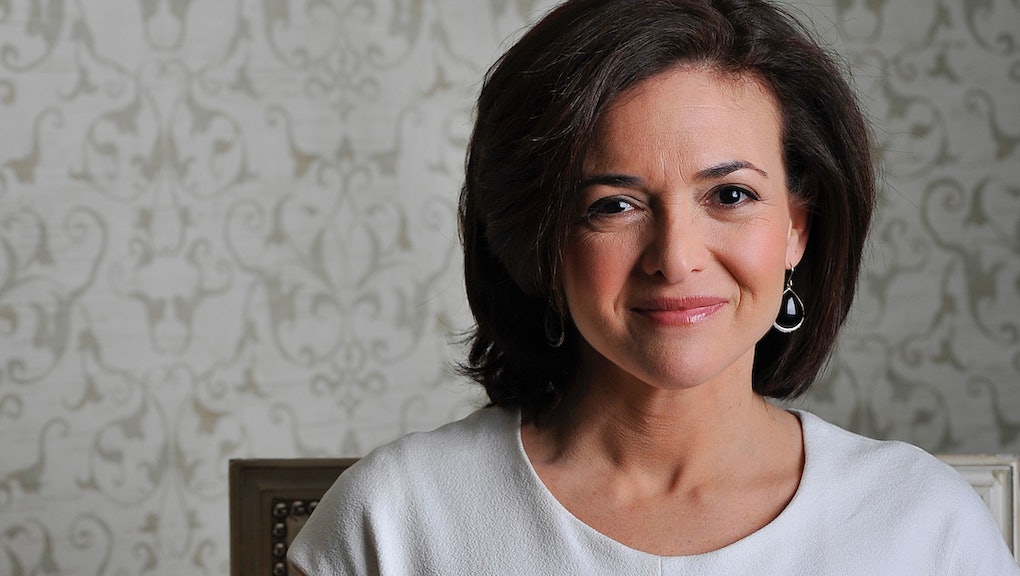 The Most Surprising Thing in 'Lean In: For Graduates' Was Written by a Man

"Men have been sitting on the sidelines for far too long."

That's the reasoning behind "Man Up and Lean In," a brand-new chapter of Lean In: For Graduates written by contributing author and consultant Kunal Modi. This latest edition of Sheryl Sandberg's best-seller about women in the workplace was released Tuesday, and complements its predecessor by including specific action steps that women can take to advocate for themselves early in their careers. And this time around, men are openly invited to the conversation, too.

This is important. Lean In sparked wide-ranging debate about the issues holding women back in the workplace when it was first published in 2013, but it devoted little space to figuring out where men fit into the equation. Given that the vast majority of high-ranking leadership positions are still held by men (women make up just 4.6% of Fortune 500 CEO positions), it's essential that we educate and engage them in these issues.

"Men need to really think that we're not just doing this on behalf of women or for women, we're doing it because it's also good for ourselves. It makes you a better leader at work if you know how to work better with half the population."

Modi attempts to do just that by teaching men to be both accountable for and proactive in their role in ending workplace discrimination. A Harvard Business School grad and current consultant at McKinsey & Co., Modi started thinking about this debate almost two years ago, after reading Anne-Marie Slaughter's "Why Women Still Can't Have It All" in the Atlantic. "It touched a nerve," Modi later wrote in an essay for LeanIn.org, "and whether or not I — as a man — was an intended reader, I had several reactions to it. ... As an aspiring businessman, hopeful husband and future father, I wanted to join the conversation." Modi went on to publish a response to Slaughter's piece in the Huffington Post, which got the attention of Sandberg herself.

Since Lean In's initial release, Modi believes corporate environments have begun to shift for the better, as both men and women are increasingly aware of the impact of workplace discrimination.

"There's a recognition more and more broadly that this isn't something that just pertains to women, but that is important to institutions overall," Modi told PolicyMic in a phone interview. "Part of what we're seeing is men figuring out in their own way how they're going to participate in the discussion, and take part and take action."

There's still a ways to go, of course, but encouraging self-reflection is a great start. In "Man Up and Lean In," Modi urges men to examine their own internal biases and take meaningful steps toward ensuring a more equitable work environment. This includes letting go of fears of being perceived as a "wuss" or "preachy" and more actively speaking out against sexism. "Because these biases run so deep, they won't go away overnight," he writes in the chapter. "But we can start calling out double standards when we see them. ... Let's drop the silence."

So what can men do? Modi's practical advice for ways men can take action include:

·       Jumping in when women get interrupted

·       Being mindful of activity choices at company social events

·       Being more vocal about family life at work ("It is just as important to ask our male role models about domestic responsibility as it is to ask senior women to share lessons on career advancement," he writes.)

Most important, Modi insists that standing up for gender equality is not simply "a selfless endeavor on behalf of our mothers, wives and daughters." He said, "I think so often when men discuss gender they start by saying 'my mom had this experience,' or 'I saw this happen to my sister,' or 'I have a daughter.' I think that's all important and true, but we need to really think that we're not just doing this on behalf of women or for women, we're doing it because it's also good for ourselves. It makes you a better leader at work if you know how to work better with half the population. ... It actually should be very personal for us as well."

He's right. Only by working together can we break down gender biases that hurt us all, and inviting men to the table is a step in the right direction. As Modi said, "Ignoring the barriers that hold women back in the workplace limits our ability to be creating leaders at work. ... It's not just the right thing to do, it's the smart thing to do."