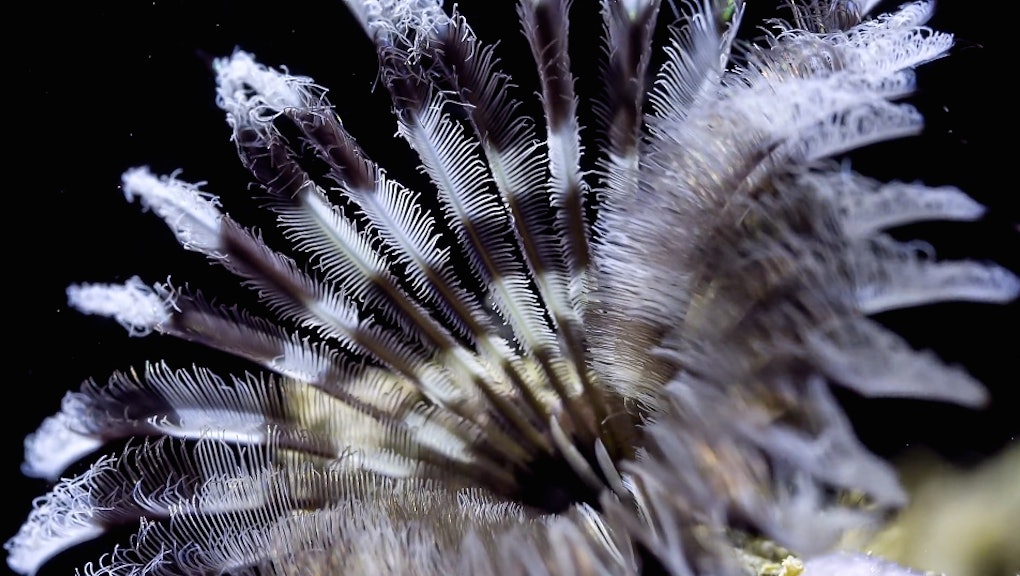 "Slow" marine animals like coral often take so much time to move that humans might be forgiven for assuming they're essentially plants. But stationary objects they are not.

This awesome video titled "Slow Life" from marine biology PhD student and videographer Daniel Stoupin shows how although their metabolic process operates on a much slower timescale than our own, these organisms are still growing, breathing, eating and squirming. And it's all in glorious high definition, composed from over 150,000 shots. Each frame of the final video is a stack of three to 12 shots where in-focus areas are merged, meaning each frame took about 10 minutes to compose. It took Stoupin a full nine months to develop a full process for both overcoming the technical challenges involve and learning how to work with the delicate animals.

"Time lapse cinematography reveals a whole different world full of hypnotic motion and my idea was to make coral reef life more spectacular and thus closer to our awareness ... For now, the clip just focuses on beauty of microscopic reef 'landscapes.' The close-up patterns and colors of this type of fauna hardly resemble anything from the terrestrial environments. Corals become even less familiar if you consider their daily 'activities,'" — which he notes also includes violent coral-on-coral battles (really!), cleaning themselves, eating and excavation. Sponges, on the other hand, are in face rather stationary to the naked eye. But on a microscopic level, it's brimming with activity.

For more about corals and sponges, Stoupin has written a longer explanation of the creatures' daily routine here. But enough of that, have some .GIFs!