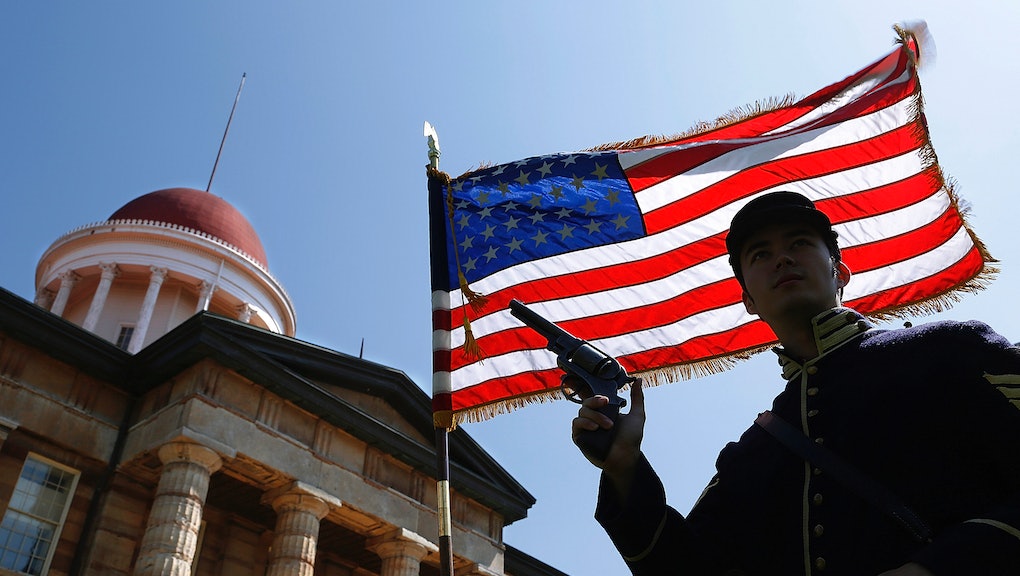 5 Simple Words That Could Fix the Second Amendment, According to a Retired Justice

Each year, more than 30,000 people are killed in the United States by firearms. Many of those deaths come from handguns. America's guns now kill almost as many people as vehicular accidents. In 12 states and D.C., death by guns exceeds death by vehicle. And production is up, with some 8.57 million guns produced in 2012, up 31% from 6.54 million in 2011.

Former Supreme Court Justice John Paul Stevens, who was a member of the United States' highest judicial body for 35 years from 1975 to 2010, thinks this is a problem. And he thinks that the Second Amendment has been misinterpreted in a succession of poor decisions in District of Columbia v. Heller (which protects a civilians' right to keep a handgun in their home for self-defense) and in McDonald v. Chicago (which decided that the due process clause of the 14th Amendment limited the power of Chicago to outlaw the possession of handguns). As a result, the American government can't take the steps it needs to reduce gun violence because of the misguided viewpoint that the Second Amendment was designed for individual self-defense rather than to protect the sovereignty of the states. And Heller in particular shifted the battleground over gun rights from elected politicians to tenured federal judges.

The best way to fix this, according to Stevens, is to remove the debate over gun rights from the courts entirely by changing the actual wording of the Constitution through an amendment to the Second Amendment. And he thinks it would take just five additional words:

"A well regulated Militia, being necessary to the security of a free State, the right of the people to keep and bear Arms when serving in the Militia shall not be infringed."

Bam. Those five words would greatly expand the government's power to regulate firearms by clarifying gun rights applied to those serving in a militia, not all citizens.

"Emotional claims that the right to possess deadly weapons is so important that it is protected by the federal Constitution distort intelligent debate about the wisdom of particular aspects of proposed legislation designed to minimize the slaughter caused by the prevalence of guns in private hands," writes Stevens. "Those emotional arguments would be nullified by the adoption of my proposed amendment. The amendment certainly would not silence the powerful voice of the gun lobby; it would merely eliminate its ability to advance one mistaken argument."

Justice Stevens thinks this change would give enough flexibility for the government to adopt gun policies that makes sense and would prevent both widespread gun-related fatalities and a national plague of mass shootings (such as this one at a Jewish community center which killed three just this weekend). And tightening up on America's gun laws has some support even from a few conservatives.

Of course, changing the Constitution is easier said than done. Given the gun rights lobby's immense political strength, obtaining the sign-off of two-thirds of congress and three out of four states to amend the Constitution on an issue as sensitive as gun rights would be pretty much impossible. But a former Supreme Court justice can dream, can't he?