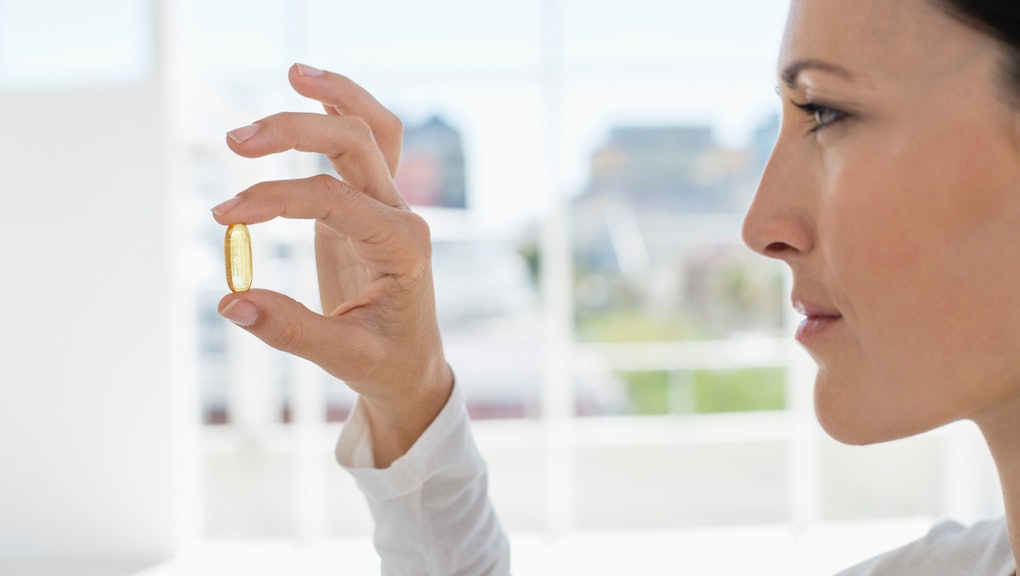 The good news: There's a new "miracle drug" on the market that can cure up to 90% of Hepatitis C patients.

The bad news: It's astronomically expensive, and no one wants to pay for it.

For those who suffer from Hepatitis C — an estimated 150–200 million people worldwide — a drug called Sofosbuvir (being sold as Sovaldi) may have seemed like the answer. After gaining approval in the U.S. last December, Sovaldi has been the most effective cure to date when it comes to suppressing the virus. Experts have called it a "major breakthrough" and a "turning point," and deservedly so — the drug's success rate speaks for itself.

But unfortunately, the U.S. marketplace has also found itself at a turning point, as insurers, doctors, patients, politicians and Sovaldi's makers squabble over one unfortunate question: Why is the drug so expensive, and who's going to pay for it?

The background: A single Sovaldi pill costs $1,000 a day, which means that for an average 12-week treatment of Hepatitis C, the bill would run up to $84,000. For patients with a more difficult strain, that cost could double. That's all great for Gilead Sciences, the manufacturer of Sovaldi: Its shares have gone up 53% in the last year, and it's projected to bring in $7-10 billion in sales this year alone.

With an estimated 4 million Americans living with Hepatitis C (and 15,000 dying every year from chronic infections), there is a huge demand for Sovaldi.

Why people support Sovaldi: You can't argue with the drug's efficacy. And Gilead believes that it's actually the most cost-effective treatment out there. Cheaper alternatives can't guarantee the same results, and Sovaldi is still less expensive than a $175,000 liver transplant.

"[Critics] have focused on the per-pill cost or per-bottle cost, but that is really not relevant here. It's how much it costs to cure your patient," said Gilead exec Gregg Alton.

It's also far from the most expensive drug on the market — the reason there has been such an uproar is because expensive medications are usually limited to rare diseases that few people suffer from.

Why people hate Sovaldi: Insurers are furious about having to foot the costs here, and they have good reason to be. According to Molina Healthcare CEO J. Mario Molina, Sovaldi alone "would cost $227 billion compared with the estimated $260 billion spent a year in the country for all drugs." That could be disastrous for the current health care model, and companies with the Affordable Care Act roll out may be especially at risk. (The Wall Street Journal estimates that Molina Healthcare may lose as much 18% of earnings due to Sovaldi.)

You also can't ignore the fact that taxpayers will bear the brunt as well. More than half of those who suffer from Hepatitis C are veterans, prisoners or low-income patients with Medicaid or no insurance at all — if doctors prescribe them Sovaldi, public dollars will have to pay for it.

But perhaps the biggest reason why people are so riled up is because the drug is much cheaper in other countries. Gilead currently ties the price to a country's GDP, which means patients in Egypt can receive a dose for $900 — at a 99% discount from U.S. prices. That doesn't sit well with many people, considering the disease mostly impacts America's low-income population.

"Never before has a drug been priced this high to treat a patient population this large, and the resulting costs will be unsustainable for our country," warned Express Scripts chief medical officer Steve Miller, in a spending forecast for the company.

The future: Not much can be done until Gilead agrees to drop prices, or a rival drug is introduced. AbbVie, Bristol-Myers Squibb and Merck are all working to develop their own versions of Sovaldi, but they won't receive FDA approval for a while. Still, insurers and benefit managers are holding out for these cheaper alternatives, with Express Scripts working on a wait list for Hepatitis C patients who can afford to wait.

In the meantime, congressional Democrats have asked Gilead for an explanation for its exorbitant prices. "Because Hepatitis C is 'concentrated in low-income, minority patients,' the affordability problems are likely to be particularly acute for state Medicaid programs and those patients served by these programs," wrote Rep. Henry Waxman (D-Calif.) in a request to Gilead for a congressional briefing.