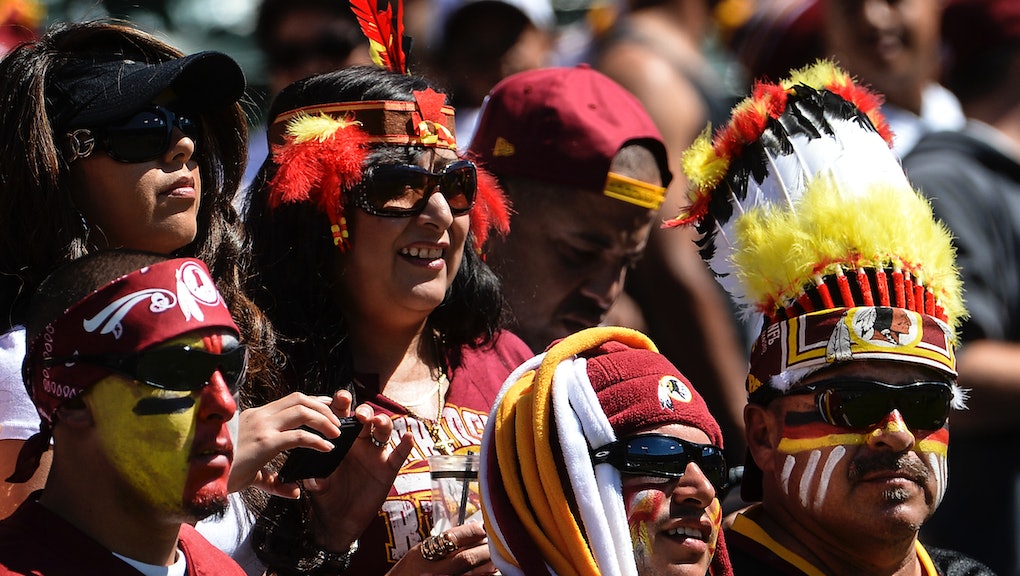 In a 9-2 vote in favor of the legislation last Thursday, the Navajo Native Council passed legislation officially opposing the continued use of Washington's football team name, the "Washington Redskins."

UN human rights expert on indigenous people's rights James Anaya concurred with the vote, saying that the name is a "hurtful reminder" of the indigenous people's history and genocide by America's colonizers: "[T]he term for many is inextricably linked to a history of suffering and dispossession."

This vote is yet another definitive, declarative statement against Washington's team name. Dan Snyder, owner of the team, refuses to heed calls to change the team's name. Perhaps he thinks evoking genocide is an effective, yet family-friendly, ploy to bolster patronage and support.

More incredulously, Snyder has offered an alternative form of concession to the native peoples in the form of a philanthropic foundation called the "Washington Redskins Original Americans Foundation," which is intended to improve Native Americans' "quality of life." In a public letter, he affirms the use of the racial slur, because it "captures the best of who we are and who we can be, by staying true to our history and honoring the deep and enduring values our name represents."

He then lists what the name "represents" by cataloguing the socio-economic hardships faced by natives, from the 29% poverty rate of those living on reservations to the "[r]ampant diabetes, alcohol and drug abuse, violence, and heightened suicide rates afflict[ing] Native American youth, adults, and veterans."

Snyder, like many of those who support the continued use of the name, has a very limited view of history, based upon the etymology of "redskins" as having an origin in football and not a longer history rooted in racism and colonialization. Cultural appropriation — in this instance, profoundly white-washed — demands this curtailed history and historical narrative for validation.

This form of revisionism allows Snyder and his supporters to sever the connection between football and the effects of centuries of genocide.

As activist Suzan Shown Harjo responded, "Is he really going to put up $50 million of his own money for a suicide prevention program? Does he understand that part of teenage suicides, which are the worst in the country, part of that comes from low self-esteem and part of that comes from negative imaging, of which his franchise is one of the worst offenders? So he can cry about high rates of suicides but he doesn’t begin to understand how he’s contributing to that and that this is a real matter of life and death."