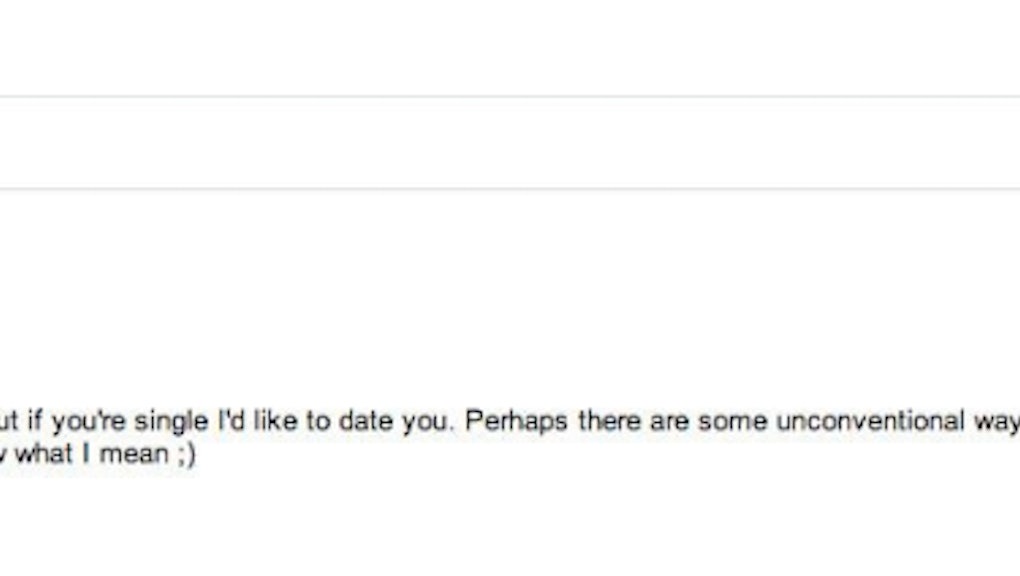 Why It's Still So Difficult to Be a Female CEO, Summed Up in One Email

Mad Men may be a fictionalized drama about a bygone era, but the commonplace sexism it portrays isn't exactly a thing of the past. In fact, workplace discrimination against women is still very much a problem, especially in the upper eschelons of the corporate sector, where only 21 of the S&P 500’s CEOs are women.

In an effort to continue to focus attention on this problem, the CEO of a San Francisco tech company recently spoke up about how tough it can be for women to sustain their positions in an industry dominated by men. The poblem is even worse for the female CEOs of some startups, because people assume they don't have the wherewithal to fight back.

Yunha Kim heads Android lock screen app company Locket. Writing in Business Insider, Kim detailed a few good and bad things about her job. Although she has several positive things to say about the experience, this horrible email from a developer she was hoping to hire certainly sticks out.

"Hey Yunha," the unidentified prospective hire writes. "I'm pretty happy with current job, but if you're single I'd like to date you. Perhaps there are some unconventional ways to lure me away from my company (besides stock options) if you know what I mean ;)."

I think we do know what you mean, sir. And it's not going to help you get the job.

In the same piece, Kim notes that the email is part of a larger problem: the well-documented workplace stereotypes about females. "If you are aggressive, you are a bitch. If you are emotional, you are PMSing. If you are soft, you are too feminine," she notes.

Not that Kim is saying anything revolutionary. These types of damaging stereotypes have existed for as long as women have been climbing the corporate ladder. So why are they proving so hard to root out?

Last year, Pantene highlighted some of the same issues in its "Labels Against Women" ad campaign. Women are referred to as bossy, pushy, selfish in the workplace even when they take the same steps as their male colleagues.

Although the statistics show that the number of women holding higher positions in the workplace is increasing, there's still a lot of ground to cover, especially in industries like investment banking, law firms, media and technology. In countries such as England, some politicians are even attempting to institute all-female corporate shortlists in order to increase gender diversity in British boardrooms.

And as the number for women in top positions grows, we can only hope that men will know better than to disrespect women with emails full of sexual advances in the future. Is the misogyny worth the infamy? Something to think about.