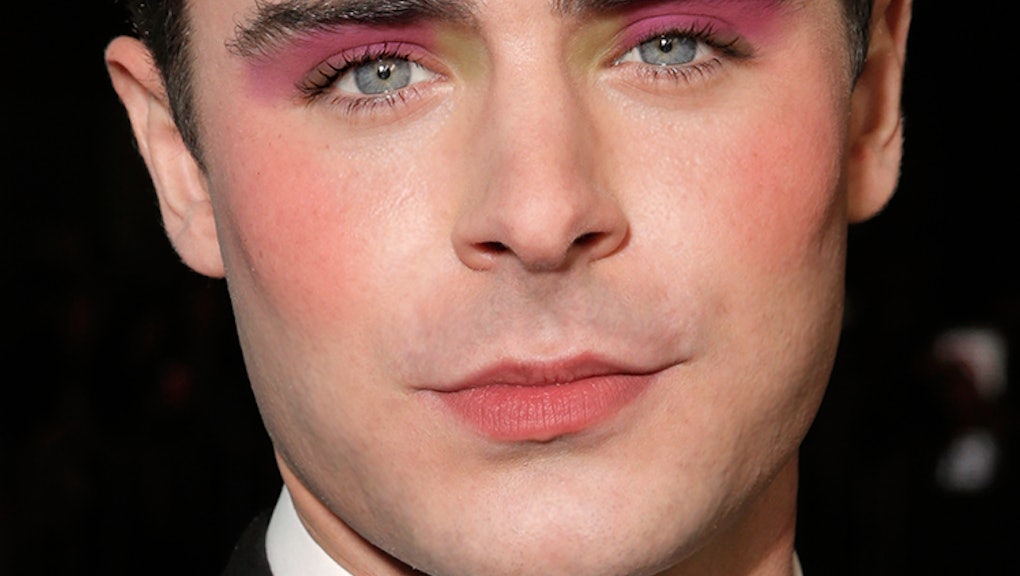 The Trouble With Male Make-Up

For decades women have borne the brunt of modern beauty standards. They have been told they must be hairless, they must be thin and they must cover their blemishes.

While some have spoken out about these standards (just look at these striking before and after photos from singer Lorde), society still emphasizes perfection over natural beauty, a perspective that, by extension, emphasizes makeup. Now it seems this perspective is moving across the aisle as cosmetic lines begin targeting their male-identified clientele as well.

And that's a problem.

This trend was recently examined in GQ, albeit a bit late. The concept of male makeup is actually nothing new; Jean Paul Gaultier came out with a men's line including mascara, bronzer and cover-up in 2010. Male models and movie stars have been known to wear makeup daily, from Johnny Depp to boy band frontman Harry Styles.

What's different now, however, is that companies are targeting the "everyday guy" with a disappointingly retro pitch: covering up imperfections.

According to GQ, "[B]ig-name brands (Clinique, Tom Ford, etc.) are rolling out new lines that include male concealers, bronzers and eye gels." All of these products are designed to smooth, cover-up or darken — the implication being you're not tan enough, your skin is not perfect enough.

With cosmetics companies pushing beauty standards down consumers' throats, it's hard to forget that most people will never amount to the idealized standards of beauty. These ideals are set by these multimillion-dollar organizations and then perpetuated by the millions of men and women who buy into their beauty lies. Indeed, without hitting the genetics lottery, most of us will never fully have hips the size of a supermodel's or a face like those we see plastered on international fashion magazines. We are judged by our exterior, and cosmetic companies and magazines want us to know that. Example: The GQ article starts with "I'll bet you had no idea you were so ugly." Actually we do — it seems we're never able to forget it.

Women have been speaking out about the damaging standards created by the beauty industry for years, but it would be a mistake to assume that these types of expectations don't affect men as well. Research has shown that the average American man wants 15-27 more pounds of muscle and a 3-4% decrease in body fat. And just like with women, failure to live up to these goals — whether they are unrealistic standards of hypermasculinity or something else — can be intensely damaging, both physically and mentally.

Despite perceptions to the contrary, women are not the only ones who suffer from eating disorders. And research shows that men are actually less likely to seek help for bulimia, anorexia or similar problems.

This isn't to imply the male makeup push is all bad. If anything, that marketers are starting to see men as a real market for cover-up and foundation speaks to a growing cultural awareness of how silly gender roles are, which is a great thing. It's important that men feel they have the right to do whatever they want with their bodies — including applying a healthy layer of mascara. But cosmetic lines don't really care about ending gender roles or making gender expression more fluid. Cosmetic companies care about money, and the tried and true way cosmetics companies have sold products throughout history is the opposite of empowering.

If you want to wear makeup, wear it. It's a great way to express yourself and to play with notions of gender. But the message that women — and now men — are somehow lesser without makeup only perpetuates illusory beauty standards that foster low self-esteem. Beauty comes in all sizes, colors, genders and cultures. If we can't see that, we are beauty blind, which no amount of makeup can change.