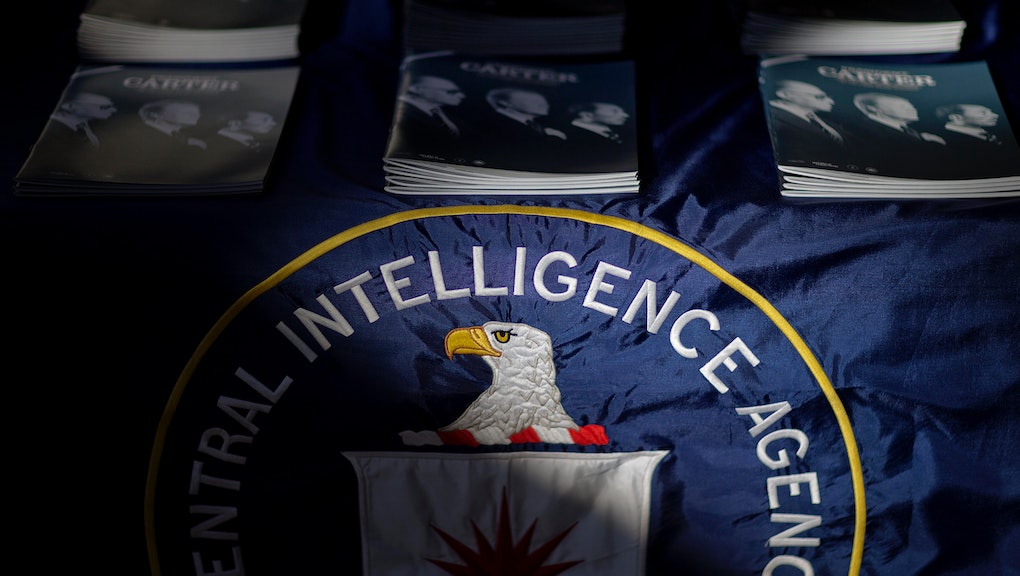 What Kind of CIA Officer Would You Be? Take the Test

When most people think of the CIA, the image of a James Bond-G.I. Joe mashup comes to mind a la Jason Bourne. To some, it's a nefarious agency that allegedly spies on the Senate committee responsible for overseeing it and skirts accountability for torture (true story). To others, it's an organization with the difficult task of keeping Americans safe (also a true story).

Regardless of where you come down, though, the clandestine service is much more than the attention-grabbing headlines make it seem.

Extraordinary rendition isn't actually in anyone's job description (at least, not officially). Field officers develop sources and help collect information, while others analyze and distribute it. There's staff who help teach field officers new languages and others who develop new data-gathering technologies. But 90% of CIA officers' work is directly tied to science, engineering or language. The majority of employees sit behind a desk, carefully collecting, analyzing and disseminating information about foreign nationals. Most officials are not dressed up in disguise, operating behind enemy lines.

The process for becoming a CIA officer takes at least one year, and the jobs are myriad. Current openings include counterterrorism analyst, open-source officer, language officer and data scientist. To apply, candidates complete an online application and then, if selected, take an aptitude and personality test. After that preliminary interview, applicants may be sent to Washington, D.C., for an in-person interview. Following the in-person interview, applicants might undergo a background check where the CIA gets in touch with family, friends and contacts abroad. If the applicant passes the background check and are given an offer, there's one last step: They take a psych evaluation and polygraph exam.

We've condensed the process (for some fun) into nine questions with four possible job titles. The questions below are constructed using a variety of sources, including Glassdoor, CIA.gov, the Good Judgement Project and Open Salon. Your answer to each question tracks with a specific job function at the CIA. Tally up your answers and find out which kind of CIA officer you would be!

1) What is the biggest science/technology issue currently facing the U.S.?

a. U.S. technology being purchased on the black market

2) What is the biggest intelligence challenge facing the United States?

a. I want to protect the U.S.'s national interests abroad.

b. It will assist in my career path.

c. I want to learn about other cultures.

d. I want to make money.

4) Are you a suspicious person?

a. I am suspicious of everyone.

b. I am never suspicious.

c. I am rarely suspicious.

d. I am suspicious of some people.

5) Describe an international current event and how it relates to American interests.

a. The Afghan election could have drastic effects on the current bilateral security relationship.

d. India's presidential election could result in reduced U.S. ties if an anti-U.S. candidate is elected.

6) Forecast the region where the CIA will be most active in 2050.

a. The Middle East & North Africa

7) How many languages do you know?

"Counterterrorism analysts assess the leadership, motivations, capabilities, plans and intentions of foreign terrorist groups and their state and non-state sponsors. Their key mission is to identify specific threats, warn of and preempt attacks, disrupt their networks and eventually defeat terrorist organizations."

"Are you a news junkie? Do the foreign affairs headlines pull you in? [The CIA is] hiring Open Source Officers (OSOs) as foreign media analysts. OSC is the Intelligence Community's expert in collecting and analyzing foreign-based, publicly available information."

"Do you have a passion for creating data-driven solutions to the world's most difficult problems? ... As a Data Scientist at the CIA, you will get to work with advanced hardware, software and techniques to develop computational algorithms and statistical methods that find patterns and relationships in large volumes of data."