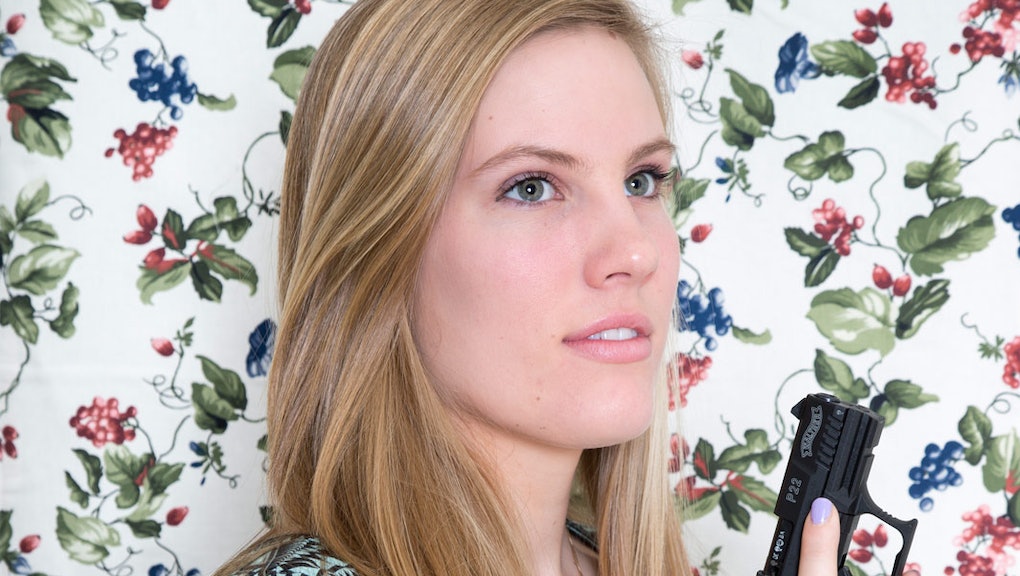 Provocative Portraits Challenge Stereotypes of Gun Owners in the U.S.

Who exactly is the American gun owner?

The Unites States has always had a love affair with guns. Indeed, from the romanticized patriot musket of the Founding Fathers to the wild west's rough-and-tumble cowboys to the cunning "entrepreneurs" of the mob, pop culture is full of references to the relationship between Americans and their weapons. Today, the issue of gun ownership has taken on a particularly polarizing political agenda, leading to a rash of stereoytpes, many of them inaccurate.

Examining the individuals behind these stereotypes was the goal of award-winning British photojournalist Charles Ommanney, who set out on a five-day assignment for the German magazine Stern last year. The project took Ommanney through six states in the southern and western United States as he sought out a particular slice of gun owners — not the right-wing NRA radicals, but normal, "everyday" mothers, fathers, young people and families. In an interview with PolicyMic, Ommanney said he wanted to understand why people like the ones he photographed, in environments where gun ownership is not so much a political statement as a way of life, felt so strongly and passionately about their weapons. The portraits are both bold and poignant. They are intimate glimpses into the lives of people who are often far from the stereotypical vision of the American "gun-nut."

Ommanney's favorite portrait in the series is of the teenage Elizabeth, pictured holding a pistol in front of a floral wallpaper backdrop. "She’s such an American girl," Ommanney told PolicyMic. "She's blonde and blue-eyed and has her wonderful nail polish on. There's the wonderful wallpaper. And then the gun — it says a lot. It’s such a contradiction, in some ways. In questioning her, I have to say, it was extraordinary to talk to a high school girl about such a subject. She wasn’t actually sure if she could pull that trigger, point it at another person. But what I found more surprising about that was that a 16- or 17-year-old would even be having that conversation."

The series was published without much fanfare and did not gain significant recognition until it was profiled online by MSNBC and then Slate. Soon Ommanney was bombarded with criticism from around the world. The most significant backlash, he says, came from conservative Americans who questioned his right, as a foreigner, to comment on the "ease" with which his subjects approached their gun ownership. But Ommanney says that the project became politicized in a way he never intended. He insists that the photos are far from a representation of all gun owners. "There was nothing inflammatory about what I was trying to achieve here," he explained. "I was just trying to understand, at the end of the day, what is it about ownership of a weapon that is so vitally important to these people?"

Ommanney believes that through this project, he came away with some answers. People have guns for a variety of reasons, among them because they love hunting or they want to be prepared. But he says there one reason united all of his subjects. "I think it comes down to fear. The person who collects these beautiful weapons, like a model collector or an enthusiastic hobbyist in any field, he loves these things," Ommanney said. "But if you look a little closer than that, and at him as a human being in America, there’s a continuity that runs from him right to the other people, which comes down to 'I’m not going to be a victim' — either 'I’m not going to be a victim in the future' or 'I’m not going to be a victim again.'"

An estimated 300 million firearms are owned by civilians in the United States. As gun violence and gun control continue to be pressing concerns across the country, Ommanney’s portrait series offers a significant, if small, look at some of the Americans to whom gun ownership is sacred and necessary.