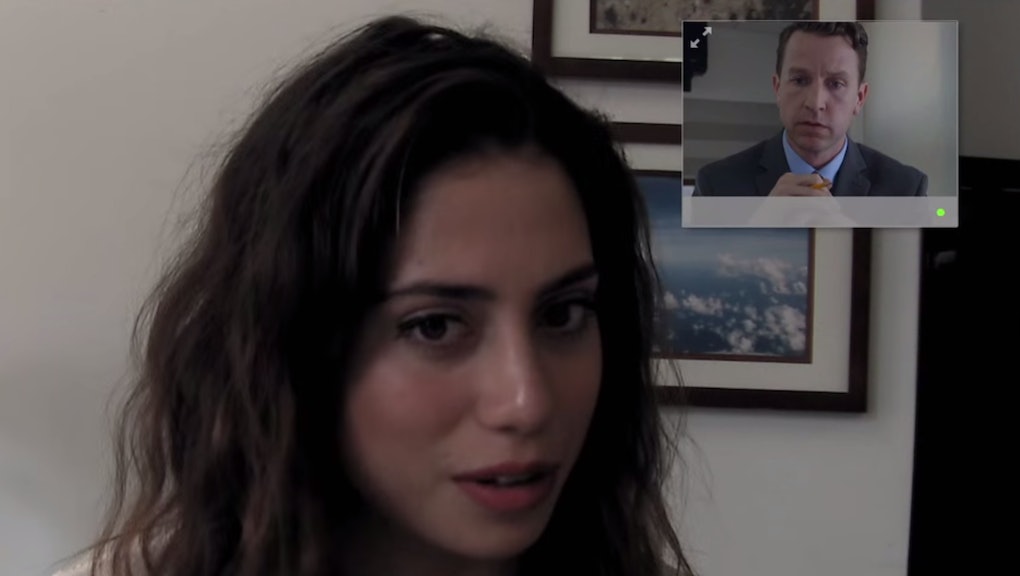 By now, many people have probably viewed that super viral world's toughest job video — you know, the one that pranks people into thinking they're applying for a really difficult job and then, surprise, it's actually describing motherhood? Most people were quick to praise the campaign (which is a commercial for American Greetings' card store, by the way) for its wholehearted support of America's mothers. And who could blame them? Mothers certainly deserve recognition.

But a more thoughtful analysis of what is essentially a plug for Mother's Day suggests that the ad may be doing more to undermine women than to empower them.

Here's a little bit of the backstory. As part of the viral prank, Boston-based advertising agency Mullen put out a fake ad with extremely unreasonable requirements.

The two dozen people who responded found this "cruel," "inhumane," "intense" and a "sick, twisted joke," only to be told that it was actually a job already held by millions of people around the world. The job is motherhood. Twist!

The problem here begins with the idea that being a mother is "the world's toughest" job. It's a fairly ubiquitous statement: In fact, a 2013 poll by Parents magazine found that 92% of moms agreed with it. But using superlatives to leverage women against each other — stay-at-home moms versus working moms versus women who use childcare versus women who don't have children — is not the best way to elevate our gender. Being a mother may be one of the most important jobs, but it's a little silly to try to argue it's objectively the toughest.

It's also a little odd that for all its grueling demands, the job listing promised "a lifetime of purpose and meaningful connection," another statement that suggests motherhood is the be-all, end-all for women. How could you possibly do anything that's as purposeful?

More than 70% of women in United States work outside the home, so while no one is saying that motherhood is easy, it's clear that women can have challenging and, dare we say it, rewarding careers outside of it.

Plus, we really don't need a card company to remind us to appreciate mothers.

The ad was slick and clearly struck an emotional chord, but ultimately it lacks substance. Will having more Mother's Day cards make it any easier for women, or for mothers? As Salon's May Elizabeth Williams notes, raising kids is not a résumé item, nor should it be talked about as something one must give her life up to do.

"It's sure as hell not a competitive act, one in which I somehow get to beat out every person who isn't female or doesn't have kids for best and most," Williams writes. "You want to thank women, want to show women they have value? Close the wage gap. Challenge the insidious rape culture that exists in the military and in our colleges. Join the fight for our reproductive rights, so we can decide when and if we choose motherhood, safely."