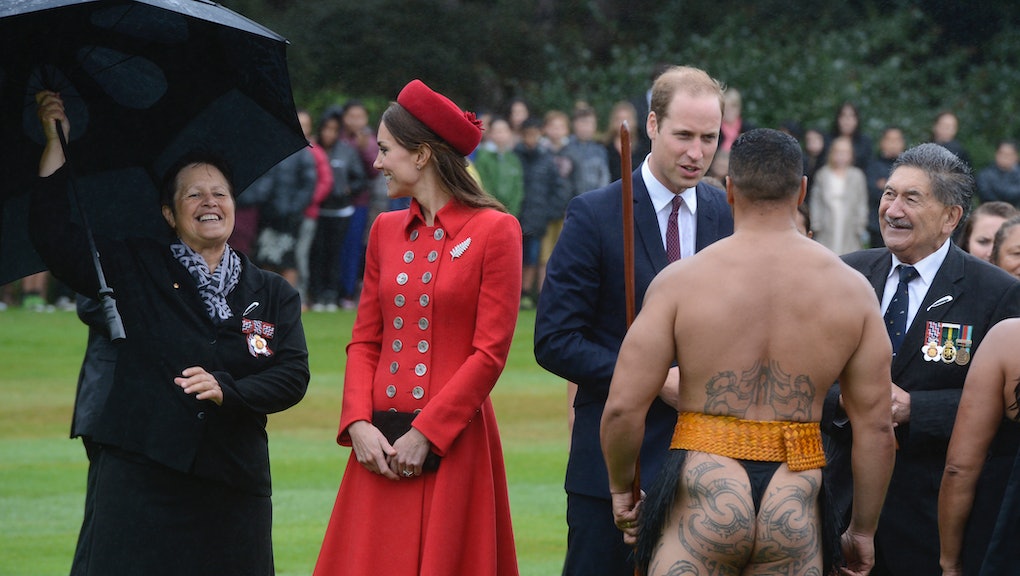 How long does it take for the most trusted news source to turn a boring non-story into a racist, xenophobic nightmare?

About 13 seconds it turns out, and that's only because CNN news correspondent Jeanne Moos takes her time narrating the intro.

Earlier this month, Prince William, the Duchess of Cambridge and chubby-cheeked baby George took their first visit overseas. There's not much to say about royal trips abroad, aside from cute playdate photos with the commoners, but CNN, bless their hearts, found a way to make us sit up and wonder what century they belong in.

Because if there's anything Americans are good at, it's finding new and horrible ways to make honoring indigenous traditions and experiencing other cultures about weird dances, things that baffle white people and butts.

Yeah, she actually said that.

So, how long does it take for CNN to transform into your weird, clueless right-wing relative who's just discovered chain emails? About two minutes, it looks like.

And if you need more, you're in luck: CNN has a playlist available for your delectation called "The Wacky World of Jeanne Moos."