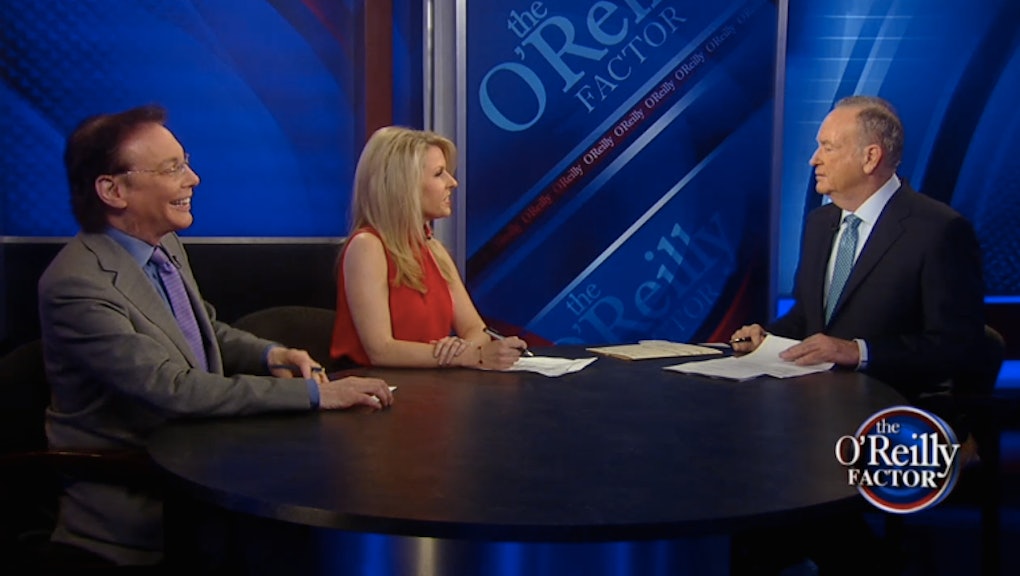 The news: Well, this is something you don't see every day.

Fox News host Bill O'Reilly had a segment on his show Tuesday night dedicated to voter ID laws. The conservative commentator has long been a proponent of using photo IDs at the polls and has previously mediated tense discussions on whether that move disenfranchises certain groups. But Tuesday's segment took an interesting turn when O'Reilly accused his guests of — wait for it — right-wing paranoia.

The discussion centered on former president Bill Clinton's suggestion of using Social Security cards as photo IDs. O'Reilly invited two contributors, Monica Crowley and Alan Colmes, to weigh in on the idea. Though he quickly dismissed Colmes' argument that voter fraud is not really a concern in the first place, he later tore into Crowley's claim that photos on Social Security cards would constitute government invasion of privacy.

"You're way out there on this one," O'Reilly responded. "There's not some boogeyman who's going to come in the night and track your movement at the 7-Eleven. It's not going to happen."

But don't worry, he's still Bill: Despite his insistence that Crowley's concern was unfounded, O'Reilly also blasted Colmes when he suggested that voter ID laws suppress segments of the population that lean Democratic, and that some voters cannot afford to get photos on their Social Security cards.

"This just shows how ideological-driven you both are. This is just common sense," O'Reilly said, making himself out to be the moderate centrist in the room.

That all sounds good, except for the fact voter fraud basically remains a myth. Though Crowley and O'Reilly may insist that they are trying to protect the sanctity of elections, it may not need much protection: There have only been 633 confirmed cases of voter fraud since 2000.

It's also impossible to forget this gem from The Daily Show, when then-North Carolina GOP official Don Yelton essentially admitted that voter ID laws were designed to suppress Democratic voters. "The law is going to kick the Democrats in the butt," he told an incredulous Aasif Mandvi.

But don't tell that to O'Reilly. "This is a ruse," Papa Bear declared. "Because the grievance industry wants people to think the Republican Party is suppressing votes, and if you take that issue away they have one less thing to whine about.

"There comes a point when craziness has to be rejected. Let's get the pictures on the Social Security cards, stop the nonsense and be a responsible country."