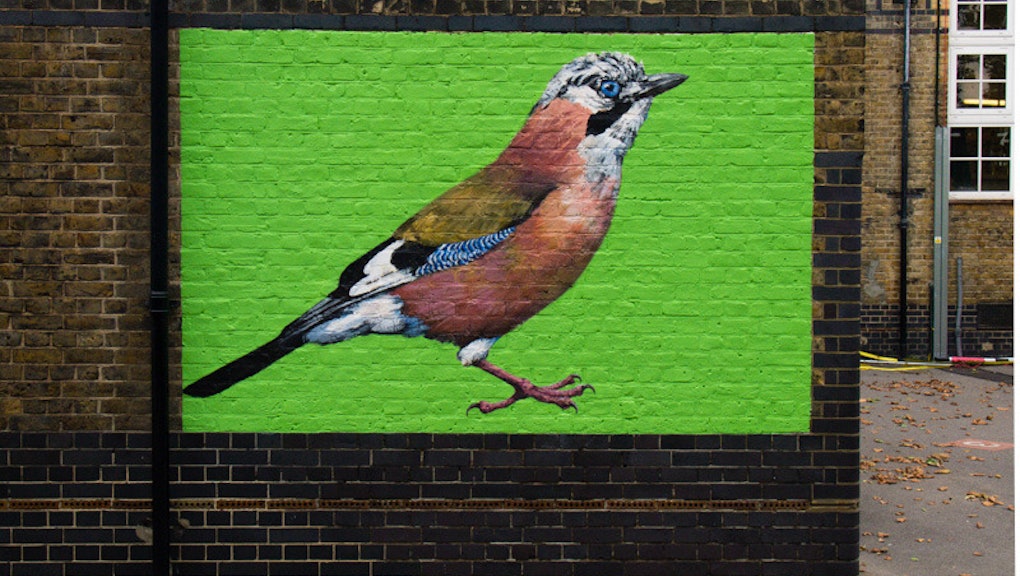 A London Street Artist Is Painting All of Britain's Endangered Birds

Urbanization, climate change and just plain old time are among the trends that have made our cities and villages completely transform from what was once their natural state. Manhattan was once a forest, Bangkok was a tropical swamp and London was a small riverside town. Now think of all the wildlife that once occupied those locations. It's gone.

One artist has decided to channel this history in a series of public street artworks featuring paintings of British birds. For every member of the urban menagerie that adjusted and thrived in this new modern environment, many others are struggling to survive with the innumerable obstacles that threaten their livelihood.

Calling attention to the plight of birds vanishing across the U.K., birds that were once abundant in the area, artist ATM is painting bright, eye-catching portraits of endangered British birds on surfaces across London including snipes, goldfinches, barn owls.

Flying on walls, arches and other places from which the birds are vanishing, the paintings are sad, vibrant records of (almost) ghosts. Each image is accompanied, on Tumblr, with information about that painting's location and its avian subject's current status.

For example: "Great Bustard painted on new road, Whitechapel, London. Great Bustards, hunted to extinction in Britain by 1832, have recently been re-introduced to Wiltshire, and are now living wild in England for the first time in 180 years."

In an interview with the Guardian ATM talked about his inspiration and devotion to understanding what man's progress means for other species, "We see progress on one level, but at a hidden level the opposite is going on."

ATM's first street painting was of a snipe, a bird once common in suburban west London which was at one point marsh. His paintings of birds are done in areas where those specific birds would have once lived.

ATM's latest work depicts a Bittern, a bird that once flourished in the UK.